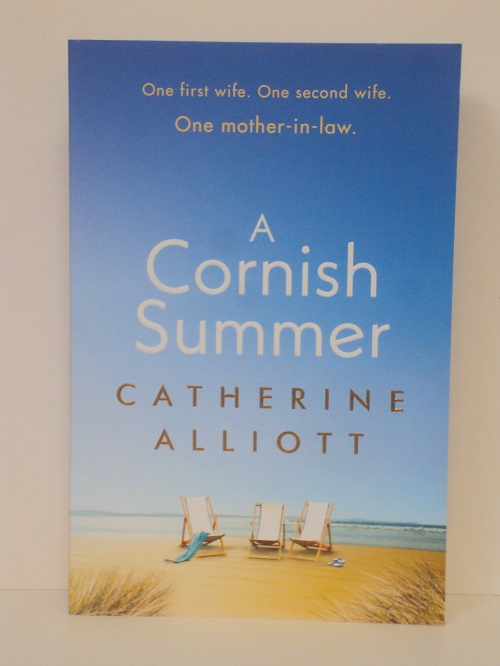 Flora’s been in love with her husband for twenty years.  The trouble is, he’s been married to someone else for the past fifteen.

Now she’s been invited to spend the summer in the shady lanes and sandy coves of Cornwall.  It should be blissful.

There’s just one small snag: she’ll be staying with her former mother-in-law, Belinda.

And Flora discovers she’s not the only one invited when her ex-husband shows up out of the blue, complete with his new wife.  So now there are two small snags.

Can Flora spend the summer playing happy families with the woman who stole her husband’s heart, and the mother-in-law who might have had a hand in it?

Or will stumbling on the family secret change her mind about them all? 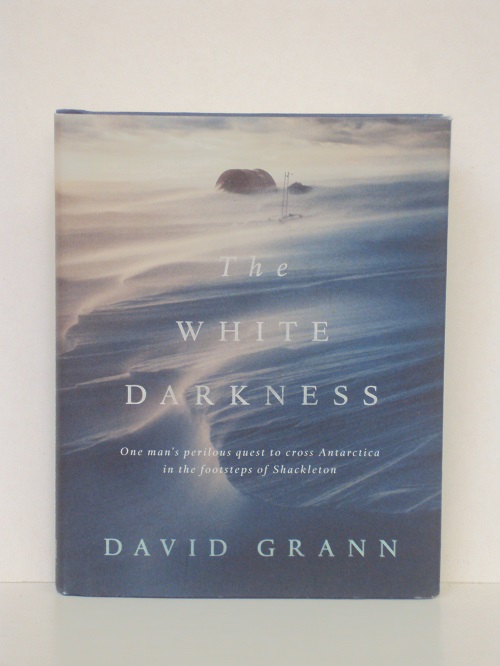 Henry Worsley, devoted husband and father and decorated British Army officer, was a man obsessed.  He had spent years studying the life of Ernest Shackleton, the 19th-century polar explorer who strove to become the first person to reach the South Pole and later to cross Antarctica on foot.  Shackleton never completed his journeys, but he repeatedly rescued his men from certain death and emerged as one of the greatest leaders in history.

Worsley felt an overpowering connection to those expeditions.  He was related to one of Shackleton’s men and had modelled his military command on Shackleton’s legendary skills.  And he was determined to measure his own powers of endurance against them in the most brutal landscape in the world.

In 2008, Worsley set out across Antarcticia with two other descendants of Shackleton’s crew, battling the relentless cold, life-threatening physical exhaustion and treacherous hidden crevasses.  Yet, when he returned home, he felt compelled to go back.  In 2015, Worsley bid farewell to his family and embarked on his most perilous quest: to walk across Antarctica alone. 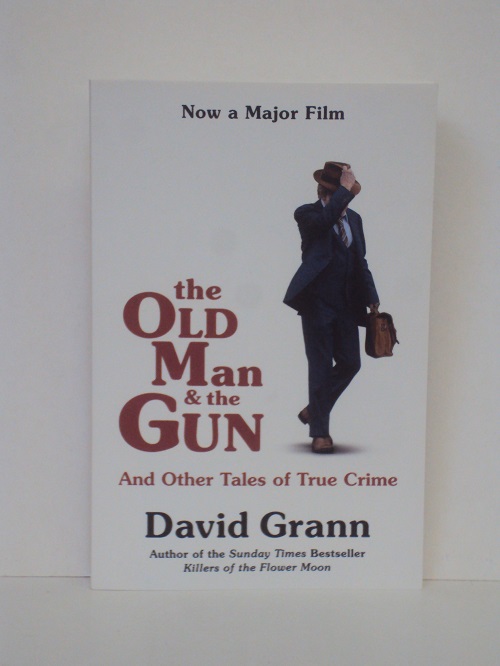 The Old Man & the Gun is the incredible story of a bank robber and prison escape artist who modelled himself after figures like Pretty Boy Floyd and who, even in his seventies, refuses to retire.  True Crime follows the twisting investigation of a Polish detective who suspects that a novelist planted clues in his fiction to an actual murder.  And The Chameleon recounts how a French imposter assumes the identity of a missing boy from Texas and infiltrates the boy’s family, only to soon wonder whether he is the one being conned.

In this mesmerizing collection, David Grann shows why he has been called a ‘worthy heir to Truman Capote’ and ‘simply the best narrative nonfiction writer working today,’ as he takes the reader on a journey through some of the most intriguing and gripping real-life tales from around the world. 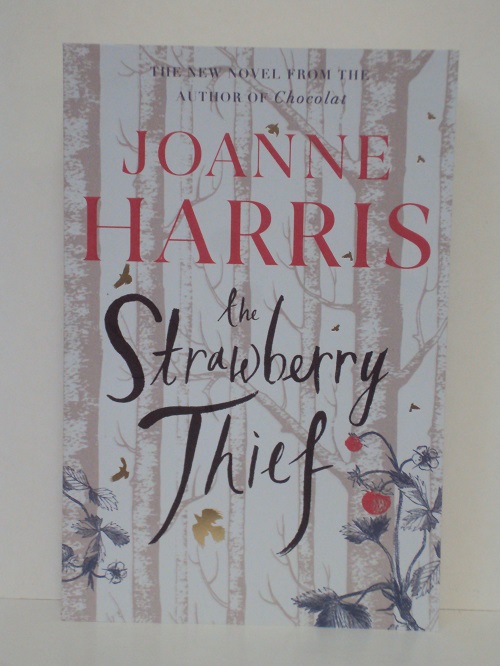 Everyone is different.  Some of us are just more different than others…

Vianne Rocher has settled down.  Lansquenet-sous-Tannes, the place that once rejected her, has finally become her home.  With Rosette, her ‘special’ child, she runs her chocolate shop in the square, talks to her friends on the river, is part of the community.  Even Reynaud, the priest, has become a friend.

But when old Narcisse, the florist, dies, leaving a parcel of land to Rosette and a written confession to Reynaud, the life of the sleepy village is once more thrown into disarray.

The arrival of Narcisse’s relatives, the departure of an old friend and the opening of a mysterious new shop in the place of the florist’s across the square – one that mirrors the chocolaterie, and has a strange appeal of its own – all seem to herald some kind of change: a confrontation, a turbulence – even, perhaps, a murder… 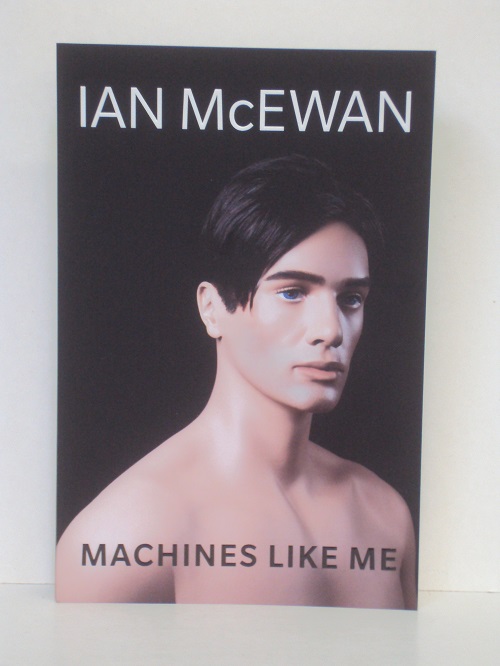 Britain has lost the Falklands war, Margaret Thatcher battles Tony Benn for power and Alan Turing achieves a breakthrough in artificial intelligence.  In a world not quite like this one, two lovers will be tested beyond their understanding.

Machines Like Me takes place in an alternative 1980’s London.  Charlie, drifting through life and dodging full-time employment, is in love with Miranda, a bright student who lives with a terrible secret.  When Charlie comes into money, he buys Adam, one of the first synthetic humans and – with Miranda’s help – he designs Adam’s personality.  The near-perfect human that emerges is beautiful, strong and clever.  It isn’t long before a love triangle forms, and these three beings confront a profound moral dilemma.

In his subversive new novel, Ian McEwan asks whether a machine can understand the human heart – or whether we are the ones who lack understanding. 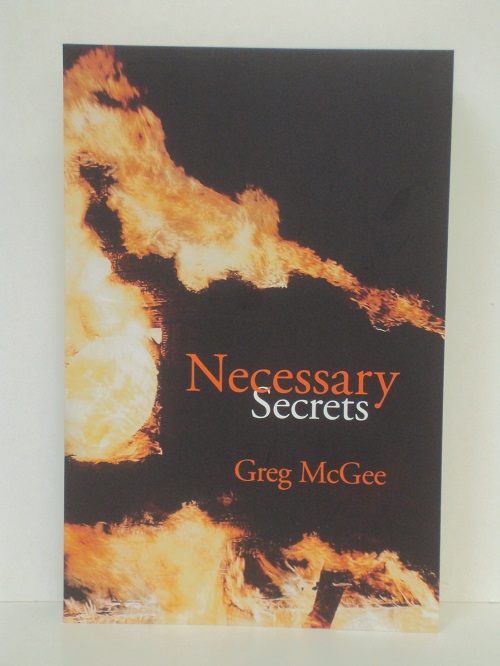 A funny and dark examination of modern family life in New Zealand, Necessary Secrets both delights and shocks as it shows just how rocky life can be.

From Herne Bay to Golden Bay, the four members of the Sparks family each get their own season to love, hate, hurt, laugh and be afraid of the future. 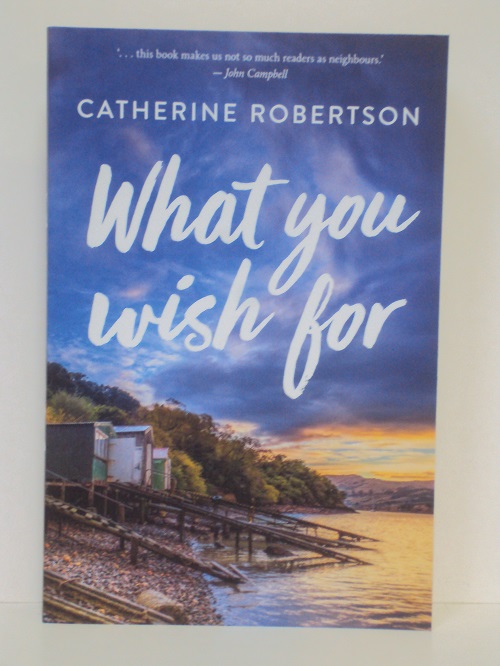 Dr Ashwin Ghadavi, the newly imported GP, is trying hard to fit into Gabriel’s Bay.  His challenges include the immoveable force of his office manager, Mac, the ambiguities of the Kiwi idiom, and his unrequited attraction to Mac’s daughter, Emma.

Having returned home, Emma is determined to help her old friend, Devon, whether he wants it or not.  She’s also on a mission to right eco wrongs, and her targets include local farmer Vic Halsworth, who’s already neck deep in the proverbial and, to make matters worse, seems to be having visions of moose.

Add in a former jailbird, a Norwegian recluse, and a woman struggling to foster a child, and you have the usual endearing and down-to-earth mix that can only occur in Gabriel’s Bay. 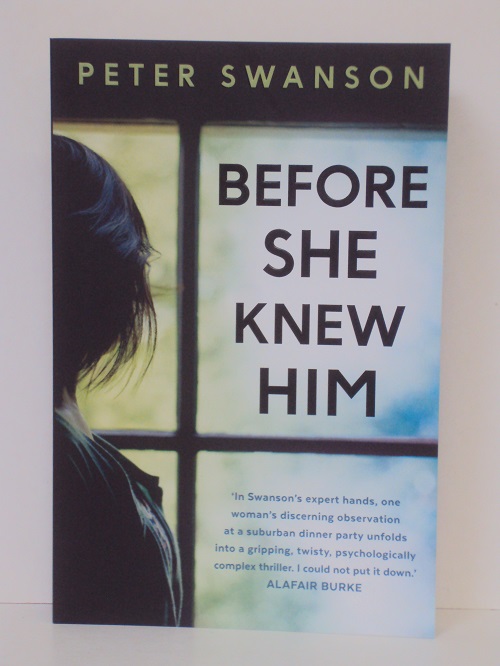 ‘They had a secret, the two of them, and there was no better way to start a friendship than with a secret…’

When Hen and Lloyd move into their new house in West Dartford, Massachusetts, they’re relieved to meet, at their first block party, the only other seemingly childless couple in their neighbourhood, Matthew and Mira Dolamore.  Turns out they live in the house immediately next door.

When they’re invited over for dinner, however, things take a sinister turn when Hen thinks she sees something suspicious in Matthew’s study.  Could this charming, mild-mannered college professor really be the person Hen, who has been battling her own problems with depression and medication, thinks he is?  Even if she is right, who would believe her?  As Hen’s suspicions grow, she and Matthew are drawn closer together.  But who, if anyone, is really in danger?

From its deeply unsettling opening, Peter Swanson’s dark and twisting psychological thriller will keep you reading late into the night. 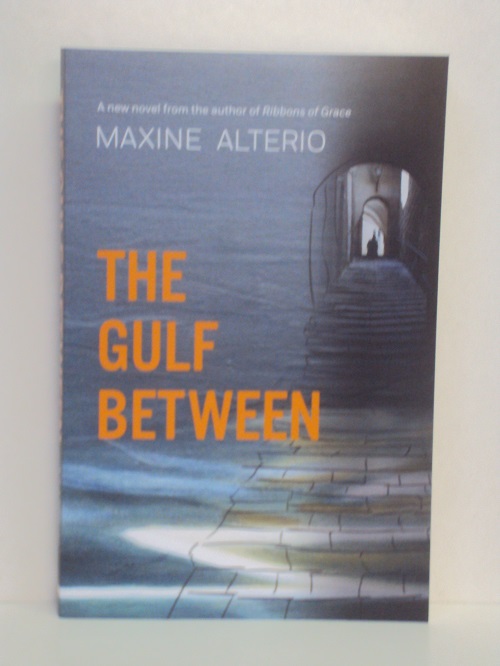 Under the shadow of Mount Vesuvius, love, lies and disenchantment lead to a menacing showdown in this suspense – filled novel.

A foreigner is seriously injured not far from Julia’s safe Queenstown hideaway.

Why does he have her name in his wallet?

His unexpected arrival takes Julia back forty-five years to London, where as an impulsive young woman she first met Benito Moretti – a meeting that was to change her life, taking her to the glittering Gulf of Naples.  There Julia found herself pitted against her belligerent mother-in-law and Benito’s sinister brother in a lethal battle for her husband and children.

Julia remembered her father saying, We’re all as sick as our secrets.  Worlds that still haunt her. 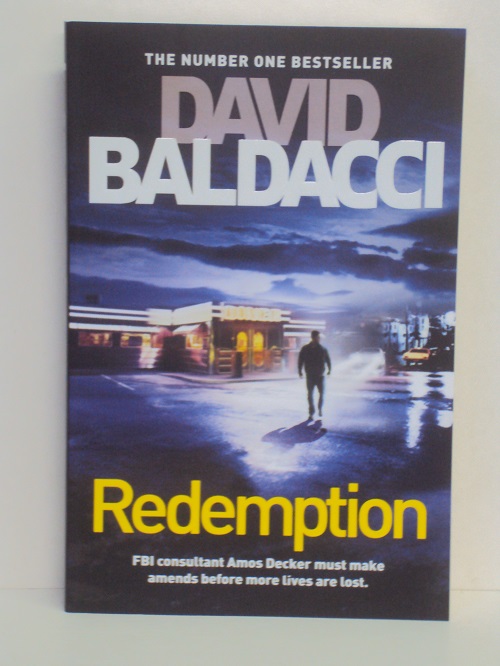 FBI consultant Amos Decker discovers that he may have made a fatal mistake when he was a rookie homicide detective.  Back in his hometown, he’s now compelled to discover the truth in the latest memory man thriller in David Baldacci’s international number one bestselling series.

Decker has returned to Burlington, Ohio, for a special reason.  It would have been his daughter Molly’s fourteenth birthday.  Molly was brutally murdered four years ago in their home, along with his beloved wife, Cassie, and his brother-in-law.

But then Decker is tracked down by a man he’ll never forget: Meryl Hawkins, his first homicide arrest more than twelve years ago.  Hawkins has been in prison serving a life sentence but was recently released due to a terminal illness.

Decker finds himself questioning what had seemed watertight evidence at the time – maybe he’d been a bit too keen to get that conviction?  Could Hawkins really be innocent as he’s always claimed?

If so, the killer is still out there – with a possible connection to a new crime.  As the body count rises, and Decker and his former partner, Mary Lancaster, dig deeper, it looks as though there’s a lot more to what they though was a closed case.