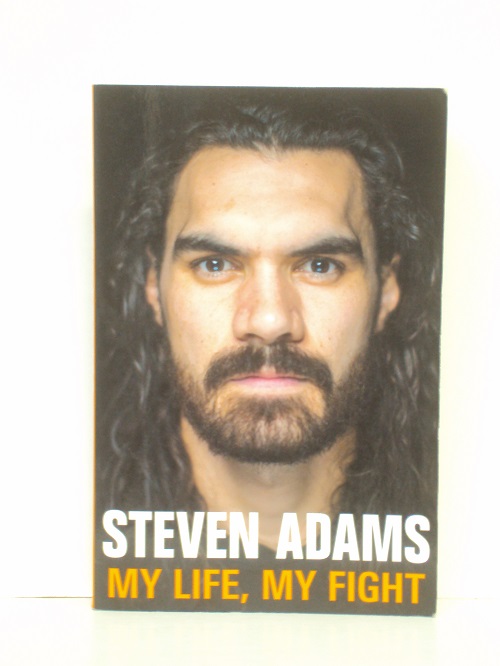 By Steven Adams with Madeleine Chapman

For the first time, Steven Adams shares the story behind his meteoric rise from Rotorua to his emerging stardom in the NBA.

Adams overcame significant odds to become a top prospect in the 2013 NBA draft.  From there he went on to secure a four-year contract with the Oklahoma City Thunder – making him New Zealand’s highest paid sportsperson ever – and forge a reputation for his intense, physical style of basketball.

In this intimate and revealing account of his life story so far, the seven-foot centre reflects on his humble upbringing, the impact of his father’s death when he was just 13, the multiple challenges and setbacks he has faced, early career-defining moments, and what basketball means to him.

Told with warmth, humour and humility, My Life, My Fight is a gripping account from one of New Zealand’s most revered sporting stars. 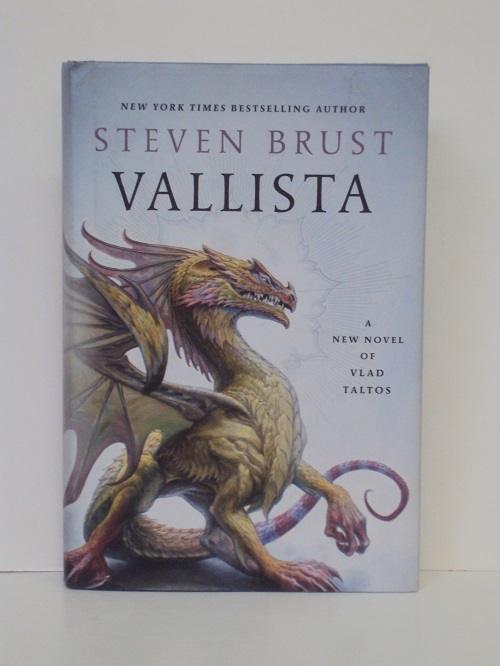 Vlad Taltos is an Easterner – an underprivileged human in an Empire of tall, powerful, long-lived Dragaerans.  He made a career for himself in House Jhereg, the Dragaeran clan in charge of the Empire’s organized crime.  But the day came when the Jhereg wanted Vlad dead, and he’s been on the run ever since.  He has plenty of friends among the Dragaeran highborn, including an undead wizard and a god or two.  But as long as the Jhereg have a price on his head, Vlad’s life is … messy.

Meanwhile, for years Vlad’s path has been repeatedly crossed by Devera, a small Dragaeran girl of indeterminate powers who turns up at the oddest moments in his life.

Now Devera has appeared again – to lead Vlad into a mysterious, seemingly empty manor overlooking the Great Sea.  Inside this structure are corridors that double back on themselves, rooms that looks out over other worlds, and-just maybe – answers to some of Vlad’s long-asked questions about his world and his place in it.  If only Devera can be persuaded to stop disappearing in the middle of his conversations with her…

Full of swordplay, peril, and swashbuckling flair, Vallista is a treat for longtime fans of this popular fantasy series; a deep dive into mysteries of Dragaera and all within it. 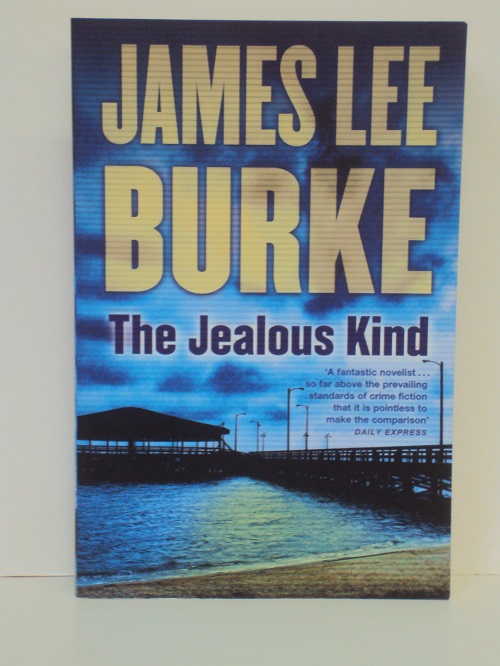 I’m going to say hello.  What’s wrong with that?

On Galveston beach in the Summer of 1952, Aaron Holland Broussard breaks every rule in the book by stepping into an argument between the most beautiful girl in Houston, Valerie Epstein, and her about to be ex-boyfriend, Grady Harrelson, and in an instant his life changes forever.

At age seventeen, Aaron’s found love.  He’s also made an enemy who isn’t going to let up until Aaron has paid the price.  Grady Harrelson isn’t just a rich, arrogant punk; he’s hooked up with Vick Atlas, the son of a notorious mob enforcer, and now Aaron has got a whole lot more to worry about than local greasers with ducktails, drapes and needle-nosed stomps.

Sucked into a world of Mexican dope-peddlars, sadists-for-hire and cold-blooded killers, Aaron soon finds the corrupt local cops aren’t looking to pull him out.  Outnumbered and outgunned, if Aaron’s going to save himself – and Valerie – from a violent end, he’s going to have to find a kind of courage that doesn’t reckon the odds. 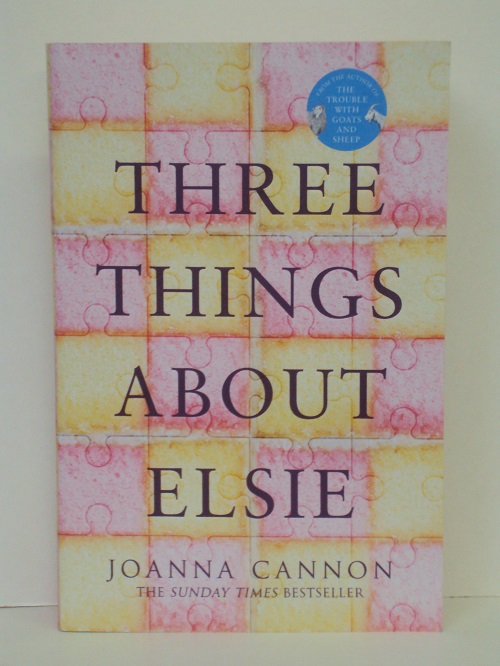 There are three things you should know about Elsie.  The first thing is that she’s my best friend.  The second is that she always knows what to say to make me feel better.  And the third thing … might take a little bit more explaining.

84-year-old Florence has fallen in her flat at Cherry Tree Home for the Elderly.  As she waits to be rescued, Florence wonders if a terrible secret from her past is about to come to light, and if the charming new resident is who he claims to be, why does he look exactly like a man who died sixty years ago?

From the author of The Trouble with Goats and Sheep, this book will teach you many things, but here are three of them:

1 The fine threads of humanity will connect us all forever.

2 There is so very much more to anyone than the worst thing they have ever done.

3 Even the smallest life can leave the loudest echo. 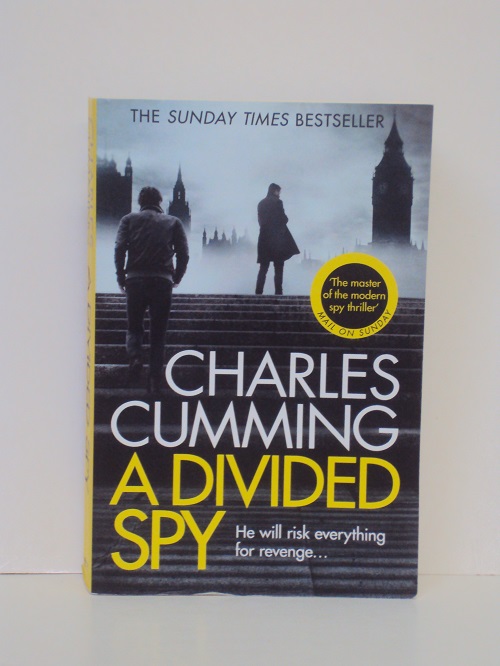 A new cold war is looming

Former MI6 officer Thomas Kell thought he was done with spying.  Until the Russian agent he blames for the death of his girlfriend is spotted at a Red Sea resort – in dangerous company.

Taking the law into his own hands, Kell embarks on a mission to recruit his rival.  Only to find himself in a high-stakes game of cat and mouse in which it becomes increasingly difficult to know who is playing whom.

As the mission reaches boiling point, rumours of a terrorist attack suggest a massacre on British soil is imminent.  Kell is faced with an impossible choice.  Loyalty to MI6 – or to his own conscience? 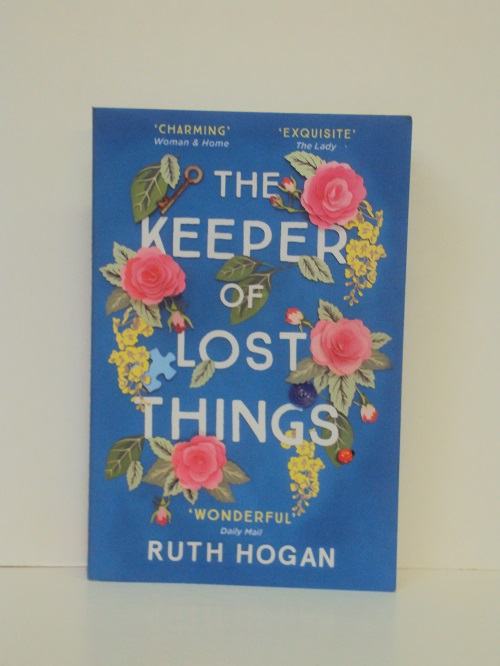 Meet the ‘Keeper of Lost Things’ …

Anthony Peardew has spent half his life collecting lost objects, trying to atone for a promise broken many years before.

Realising he is running out of time, he leaves his house and all its lost treasures to his assistant Laura, the one person he can trust to reunite the thousands of objects with their rightful owners. 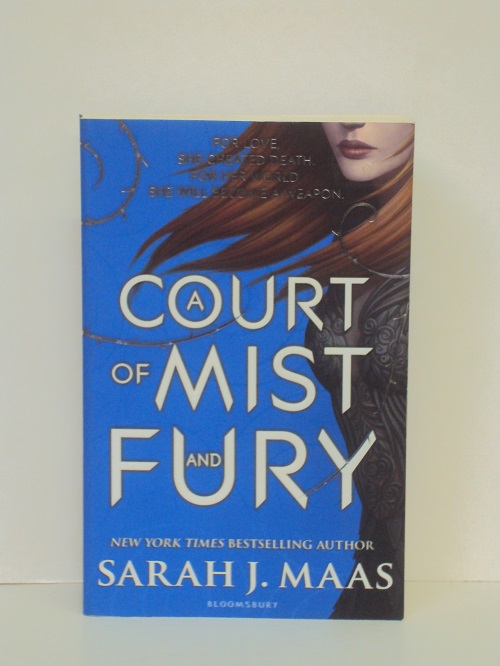 After rescuing her lover Tamlin from a wicked Faerie Queen, she returns to the Spring Court possessing the powers of the High Fae.  But Feyre cannot forget the terrible deeds she performed to save Tamlin’s people – nor the bargain she made with Rhysand, High Lord of the feared Night Court.

As Feyre is drawn ever deeper into Rhysand’s dark web of politics and passion, war is looming and an evil far greater than any queen threatens to destroy everything Feyre has fought for.  She must confront her past, embrace her gifts and decide her fate.

She must surrender her heart to heal a world torn in two. 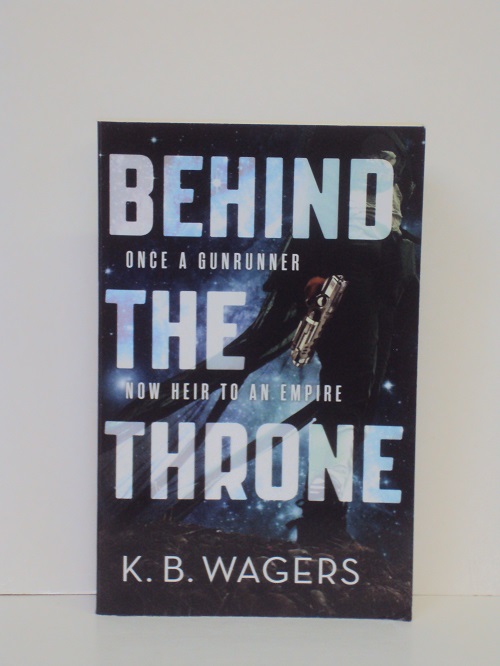 By K B Wagers

‘I just said I wanted to kill someone.  Giving me a gun probably isn’t the best of ideas’

Hail Bristol has made a name for herself in the galaxy for everything except what she was born to do: rule the Indranan Empire.

When she is dragged back to her home planet to take her rightful place as the only remaining heir, she finds that trading her ship for a palace is her most dangerous move yet. 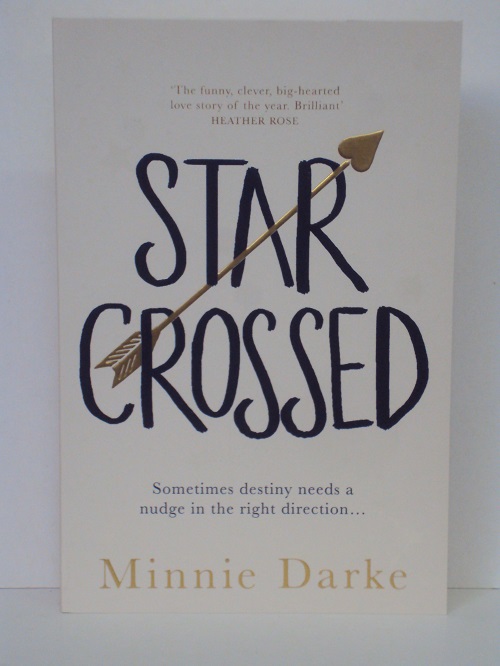 Why rely on fate when you can rewrite the stars?

When Justine Carmichael (Sagittarius, aspiring journalist and sceptic) bumps into her old friend Nick Jordan (Aquarius, struggling actor and true believer) it could be by chance.  Or perhaps it’s written in the stars.

Justine works at the Alexandria Park Star – and Nick, she now learns, relies on the magazine’s astrology column to guide him in life.

Looking for a way to get Nick’s attention, Justine has the idea of making a few small alterations to ‘Aquarius’ before it goes to print.

It’s only a horoscope, after all.  What harm could changing it do?

Charting the many unforeseen ripple effects of Justine’s astrological meddling – both for herself and others – Star-crossed is the funny,  super-smart, feel-good novel of the year. 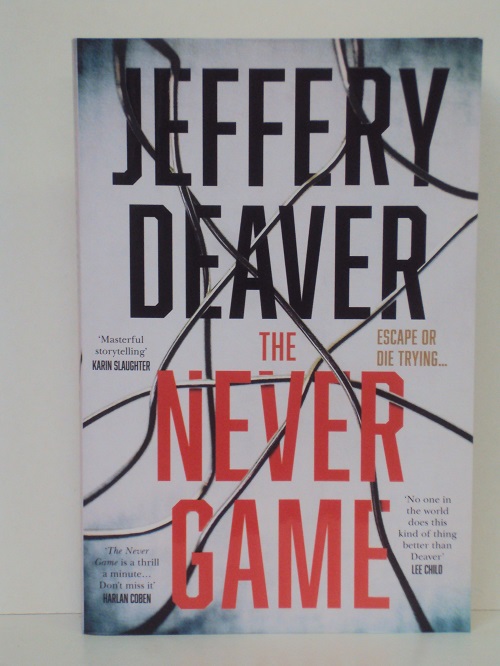 A Student Kidnapped from the Park

Nineteen-year-old Sophie disappears one summer afternoon.  She wakes up to find herself locked inside a derelict warehouse, surrounded by five objects.  If she uses them wisely, she will escape her prison.  Otherwise she will die.

An Investigator Running Out of Time

Sophie’s distraught father calls in the one man who can help find his daughter: unique investigator Colter Shaw.  Raised in the wilderness by survivalist parents, he is an expert tracker with a forensic mind trained to solve the most challenging cases.  But this will be a test even for him.

A Killer Playing a Deadly Game

Soon a blogger called Henry is abducted – left to die in the dark heart of a remote forest – and the whole case gets turned on its head.  Because this killer isn’t following the rules, he’s changing them.  One murder at a time…