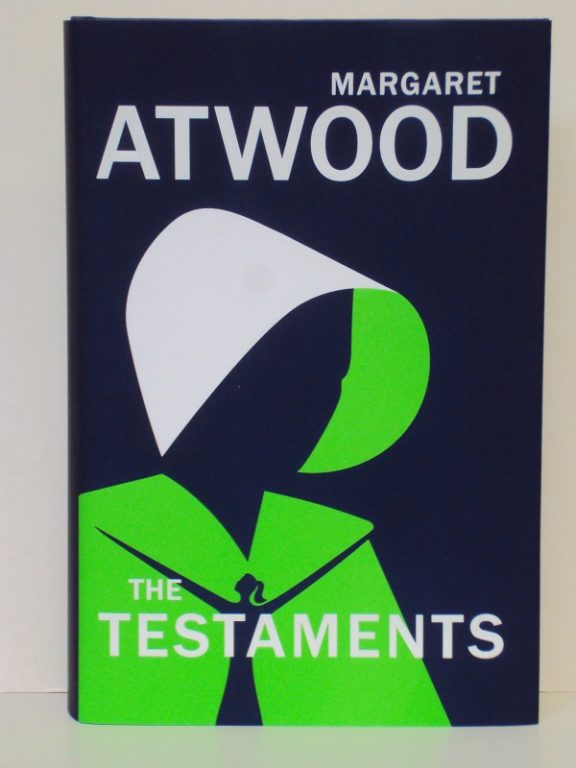 You hold in your hands a dangerous weapon loaded with the secrets of three women from Gilead.  They are risking their lives for you.  For all of us.

Before you enter their world, you might want to arm yourself with these thoughts:

History does not repeat itself, but it rhymes. 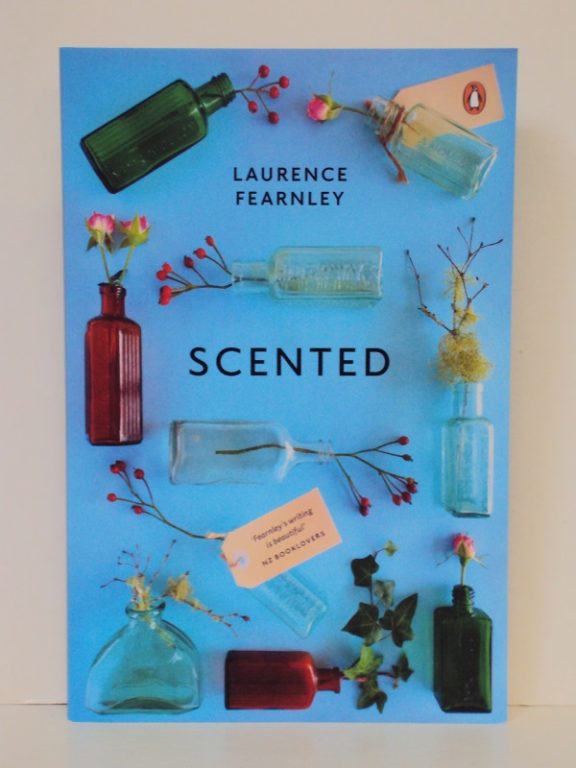 A compelling and poignant search for Identity through perfume.

Granny Seren told me I had a natural talent for perfume making, and I believed her because she seemed to know what she was talking about and she never lied.  It was Seren who introduced me to the idea of a signature scent.

As a university lecturer, Sian didn’t need a signature scent to know who she was.  But, prompted by her job loss following restructuring of the humanities division – and the effect this has on her identity – she begins to construct a perfume of herself.  Note by perfume note, referencing scent memories and recent events, she rebuilds herself, Scented. 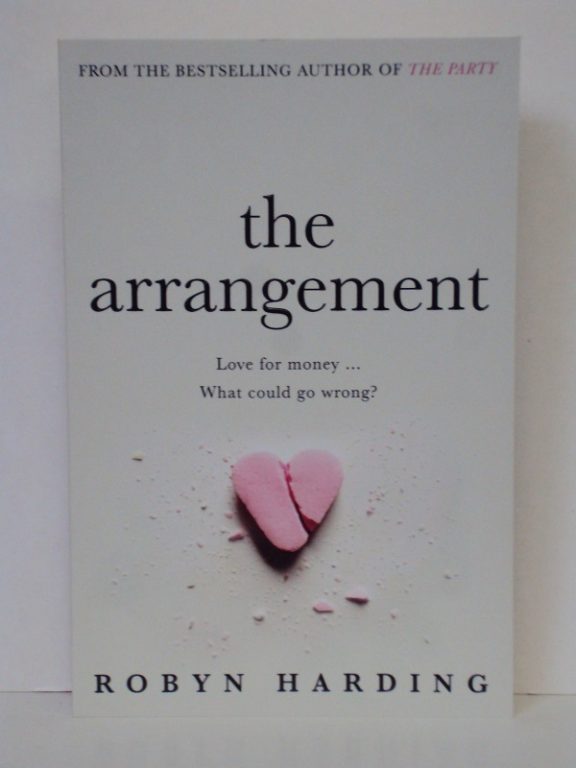 A Pretty Woman tales turns deadly in this provocative tale of sex, obsession and murder from the bestselling author of The Party.

Natalie, an art student in New York City, is struggling to pay her bills when a friend makes a suggestion: Why not find a sugar daddy – a wealthy, older man who will pay her for dates, and a monthly allowance.  All that’s required is to look pretty.  Sexual favours are optional.

Gabe, a handsome finance attorney, seems like the perfect candidate and within a month they are madly in love.  At least, Nat is – Gabe already has a family, who he has no intention of leaving.

When he abruptly ends things, Nat can’t let go.  She begins drinking heavily and stalking Gabe and his family.  Their supposedly mutually beneficial arrangement devolves into a nightmare of deception, obsession and, when a body is found near Gabe’s Upper East Side apartment, murder. 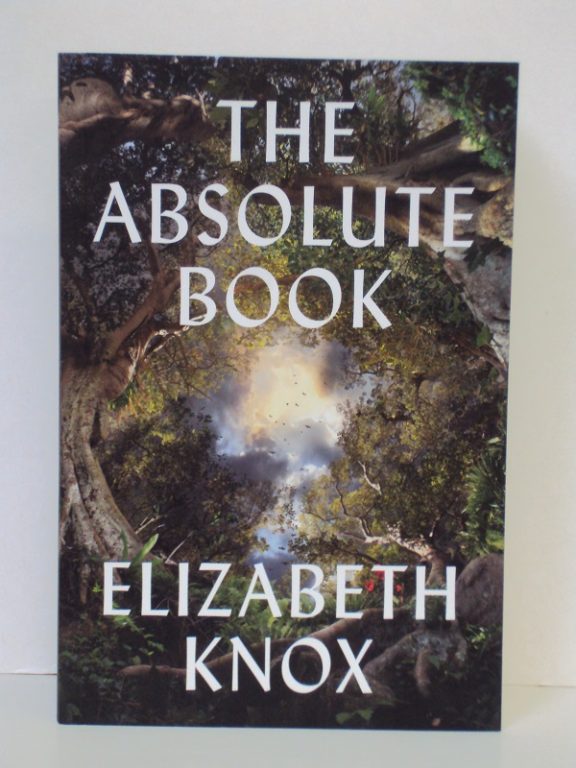 Taryn Cornick believes that the past is behind her – her sister’s death by violence, and her own ill-conceived revenge.  She has chosen to live a life more professional than personal.  She has written a book about the things that threaten libraries – insects, damp, light, fire, carelessness and uncaring.  The book is a success, but not all of the attention it brings her is good.

There are questions about a fire in the library at Princes Gate, her grandparents’ house, and about an ancient scroll box known as the Firestarter.  A policeman, Jacob Berger, has questions about a cold case.  There are threatening phone calls.  And a shadowy young man named Shift appears, bringing his shadows with him.  Taryn, Jacob, Shift – three people who are driven towards a reckoning felt in more than one world.

The Absolute Book is an epic fantasy, intimate in tone.  A book where hidden treasurers are recovered; where wicked things people think they’ve shaken from their trails find their scent again.  A book about beautiful societies founded on theft and treachery, and one in which dead sisters are a living force.  It is a book of journeys and returns, set in London, Norfolk, and the Wye Valley; in Auckland, New Zealand; in the Island of Apples and Summer Road of the Sidhe; at Hell’s Gate; in the Tacit with its tombs; and in the hospitals and train stations of Purgatory. 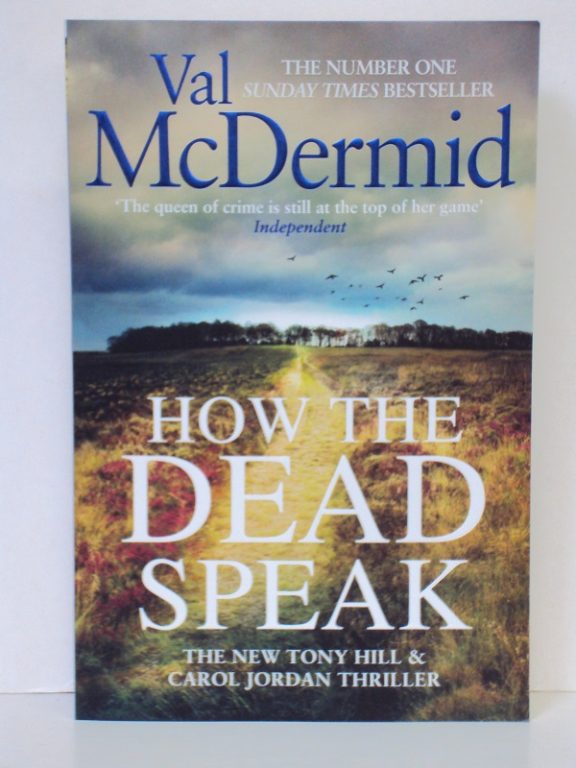 ‘We are all creatures of habit.  Even murderers …’

When human remains are discovered in the grounds of an old convent, it quickly becomes clear that someone has been using the site as their personal burial ground.  But with the convent abandoned long ago and the remains dating back many years, could this be the work of more than one obsessive killer?

It’s an investigation that throws up more questions as the evidence mounts, and after their last case ended catastrophically, Tony Hill and Carol Jordan can only watch from afar.  As they deal with the consequences of previous actions, someone with a terrifying routine is biding their time – and both Tony and Carol find themselves closer to the edge than they have ever been before. 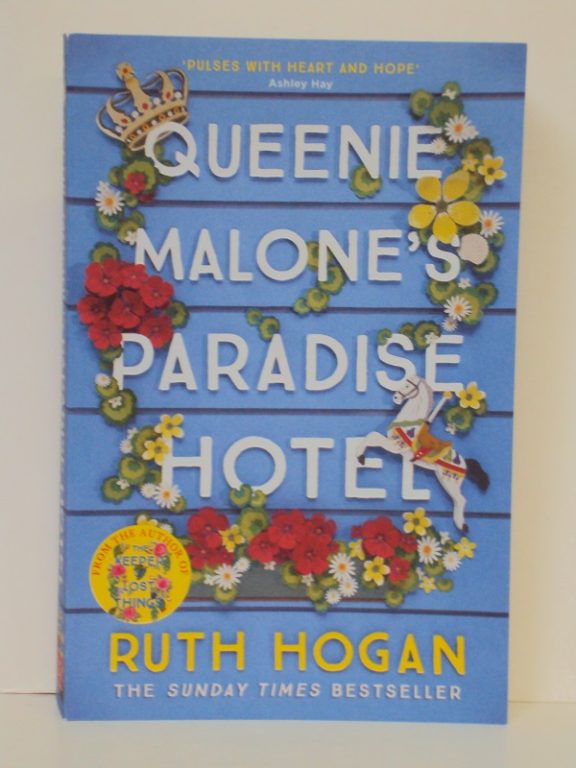 Tilly was a bright, out-going little girl who liked playing with ghosts and matches.  She loved fizzy drinks, swear words, fish fingers and Catholic churches, but most of all she loved living in Brighton in Queenie Malone’s magnificent Paradise Hotel with its endearing family of misfits – both staff and guests.  But Tilly’s childhood was shattered when her mother sent her away with no warning.

Now, Tilda has grown into an independent woman still damaged by her mother’s unaccountable cruelty.  Wary of people, her only friend is her dog, Eli.  But when her mother dies, Tilda goes back to Brighton and with the help of her beloved Queenie sets about unravelling the mystery of her exile only to discover that her mother was not the woman she thought she knew at all… 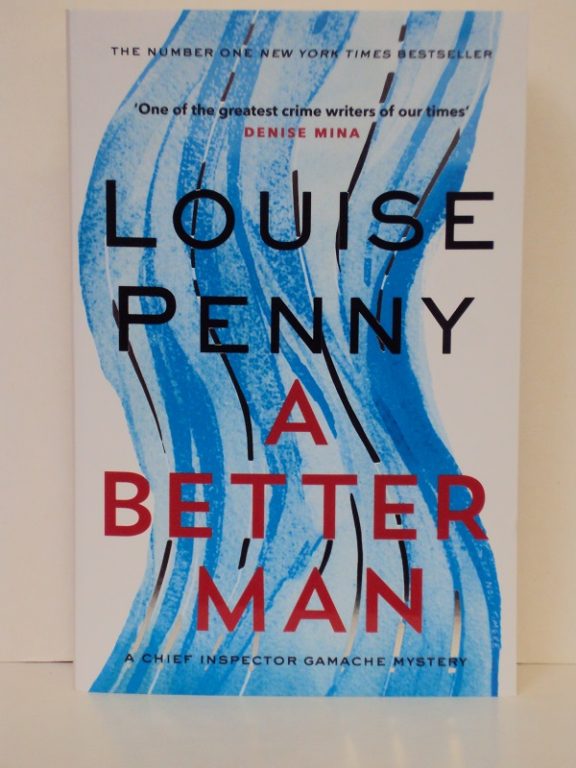 The air is unbearably tense as Armand Gamache returns to the Surete du Quebec for his first day of work since being demoted from its command to head of homicide.

Amid blistering personal social media attacks, Gamache sets out on his first assignment.  He has been tasked with finding a missing woman, but while he leads the search for Vivienne Godin, Three Pines itself is threatened when the river breaks its banks, and a province-wide emergency is declared.

As the waters rise, a body is discovered – and the victim’s distraught father contemplates a murder of his own.  Gamache is a father himself, and is haunted by a question … what would he do if his child’s killer might walk free? 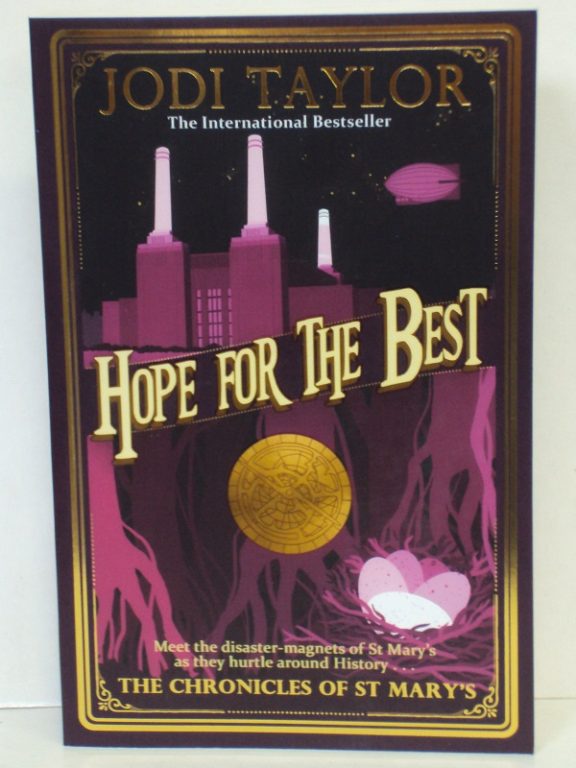 You can’t change History.  History doesn’t like it.  There are always consequences.

Max is no stranger to taking matters into her own hands.  Especially when she’s had A Brilliant Idea. Yes, it will mean breaking a few rules, but – as Max always says – they’re not her rules.

Seconded to the Time Police to join in the hunt for the renegade Clive Ronan.  Max is a long way from St Mary’s.  But life in the future does have its plus points – although not for long.

A problem with the Time Map reveals chaos in the 16th century and the wrong Tudor queen on the throne.  History has gone rogue, there’s a St Mary’s team right in the firing line and Max must step up.

You know what they say.  Hope for the best.  But plan for the worst. 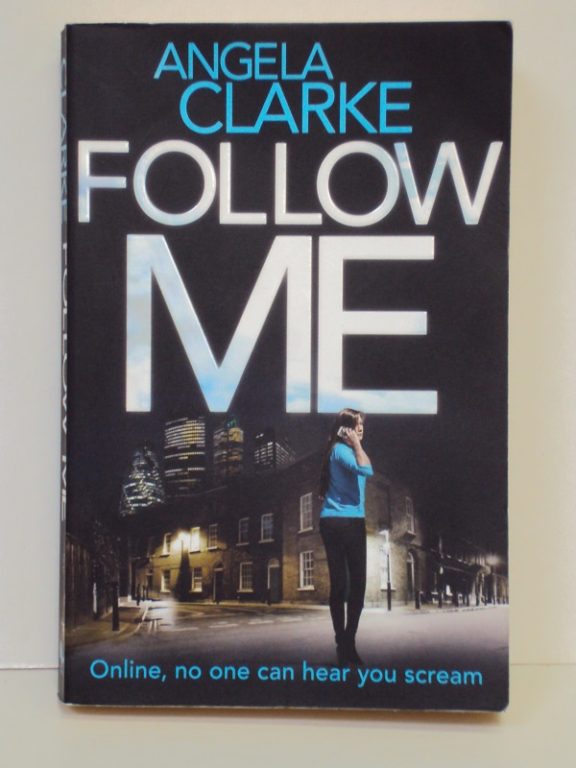 The ‘Hashtag Murderer’ posts chilling cryptic clues online, pointing to his next target.  Taunting the police.  Enthralling the press.  Capturing the public’s imagination.

But this is no virtual threat.

As the number of his followers rises, so does the body count.

Ambitious police officer Nasreen and investigative journalist Freddie are thrown together in a desperate struggle to catch this cunning killer.  But can they stay one step ahead of him?  And can they escape their own dark past?

Everyone is following the #Murderer.

But what if he is following you? 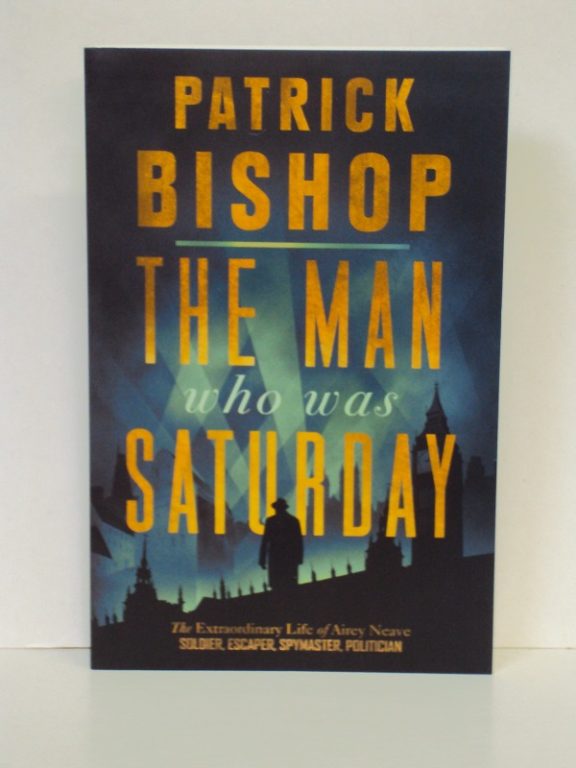 Soldier, Escaper, Spymaster, Politician – Airey Neave was assassinated in the House of Commons car park in 1979.  Forty years after his death, Patrick Bishop’s penetrating and action-packed biography examines the life, heroic war and death of one of Britain’s most remarkable twentieth-century figures.

Taken prisoner by the Germans in 1940, Neave was the first British officer to escape from Colditz, and using the code name ‘Saturday’ became a key figure in the IS9 escape and evasion organization that spirited hundreds of Allied airman and soldiers out of Occupied Europe.  A lawyer by training, he came face to face with many architects of Nazi terror at the Nuremberg war trials, serving indictments on Goering, Hess and Ribbentrop, among others.

In peace he turned to politics and in 1953 was elected Conservative MP for Abingdon.  He went on to become the man who made Margaret Thatcher, mounting a brilliantly manipulative campaign that in 1975 won her the leadership of the Tory Party.

His death was as dramatic as his life.  On 30 March 1979, a bomb planted beneath his car exploded while he was driving up the ramp of the House of Commons car park, killing him instantly.  The murder was claimed by the breakaway Irish Republican group, the INLA.  His killers have never been identified.

Patrick Bishop’s fast-paced and deeply researched biography, published to mark the 40th anniversary of Neave’s death, sheds new light on the mystery of who killed him and why their identities have been hidden for so long.  It is also sympathetic portrait of a vanished breed: a public figure shaped by the experience of war and driven by duty, patriotism and honour.