‘Athenaeum’ (from the Athenaion in Athens where poets read their works) was the name given to a school in ancient Rome where the arts were studied.  In modern times Athenaeum has been used as the name for an institution which promotes literary or scientific learning or for a reading room.

The Dunedin Athenaeum and Mechanics’ Institute is Dunedin’s oldest literary establishment. It grew out of the Mechanics’ Institute, originally established in Dunedin in 1851; becoming known as the Dunedin Athenaeum and Mechanics’ Institute from 1859. It’s original purpose – enshrined in a parliamentary ordinance – was the provision of access for working class people to literacy and education. This private organisation accepted wide responsibility for providing these things to the Dunedin community at a time when no other adult education was available. Though its original focus was more on the provision of lectures and a reading room, today it operates largely as a private lending library, although the last four or five years have seen the library’s use diversify with the presentation of poetry readings, book launches, literary lectures and celebrations.

The Athenaeum & Mechanics’ Institute is managed by a Committee of its members, elected each year at the Annual General Meeting.  The Committee currently has five members and Committee meets regularly at the Athenaeum Library.

The Athenaeum hosts a fortnightly radio show, Wireless Books which features the Athenaeum librarian in conversation about new books and other snippets of literary interest. The programme is presented on Otago Access Radio 105.4FM, and can be downloaded as podcasts from the Otago Access Radio website www.oar.org.nz

The Athenaeum & Mechanics’ Institute is also a proud supporter of Dunedin’s City of Literature status within the UNESCO Creative Cities network, www.cityofliterature.co.nz 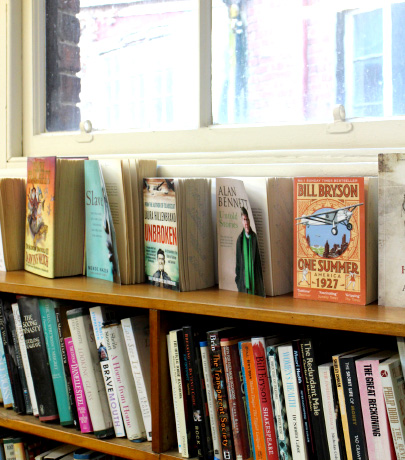