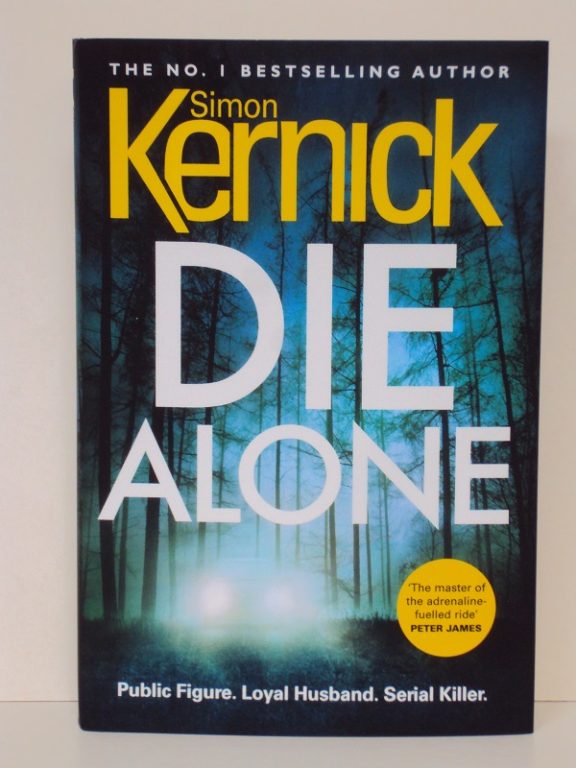 Alastair Sheridan has it all.  Wealth, good looks, a beautiful wife and children and, in the chaotic world of British politics, a real chance of becoming Prime Minister.

But Alastair also has a secret.  He’s a serial killer with a taste for young woman.

Only a handful of people know what kind of monster he is, and disgraced detective Ray Mason is one of them.

Awaiting trial for murder, Ray is unexpectedly broken free by armed men and given an offer: assassinate Alastair Sheridan and begin a new life abroad with a new identity.

The men claim to be from MI6.  They say that Sheridan is a threat to national security and needs to be neutralized.  Ray knows they are not who they say they are, and that their real motives are far darker.

The only person Ray trusts is ex-cop and former lover Tina Boyd, who’s keen to settle her own scores with Sheridan.

With enemies on every side, only one thing is certain.

No one wants them to get out alive. 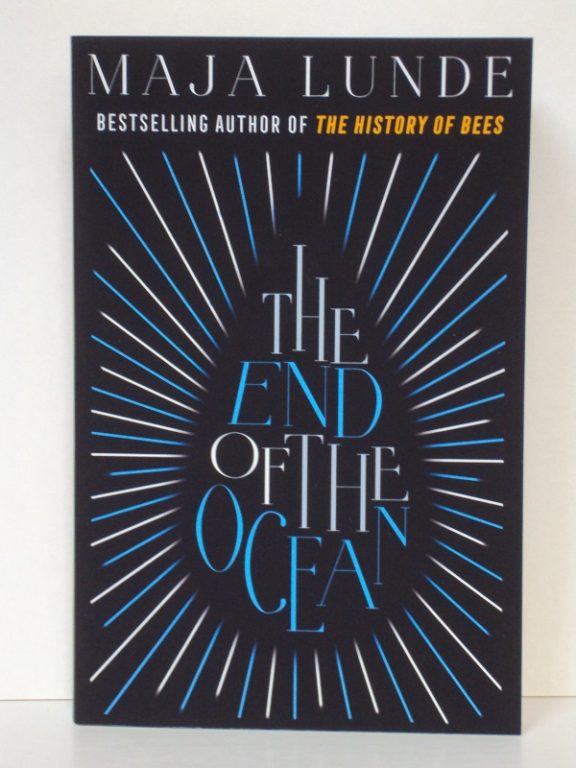 In 2017, seventy-year-old Signe sets out on a hazardous voyage to cross an entire ocean alone in a sailboat.  She is haunted by the loss of the love of her life and is driven by a singular and all-consuming mission.

In 2041, David flees with his young daughter, Lou, from a war-torn Southern Europe plagued by drought.  They have been separated from the rest of their family and are on a desperate search to reunite with them once again.  Everything changes when they stumble upon an old boat in a deserted garden.

As David and Lou fight for their lives, their journey of survival and hope weaves together with Signe’s, forming a heartbreaking, inspiring story about the human spirit in this second novel from the author of The History of Bees. 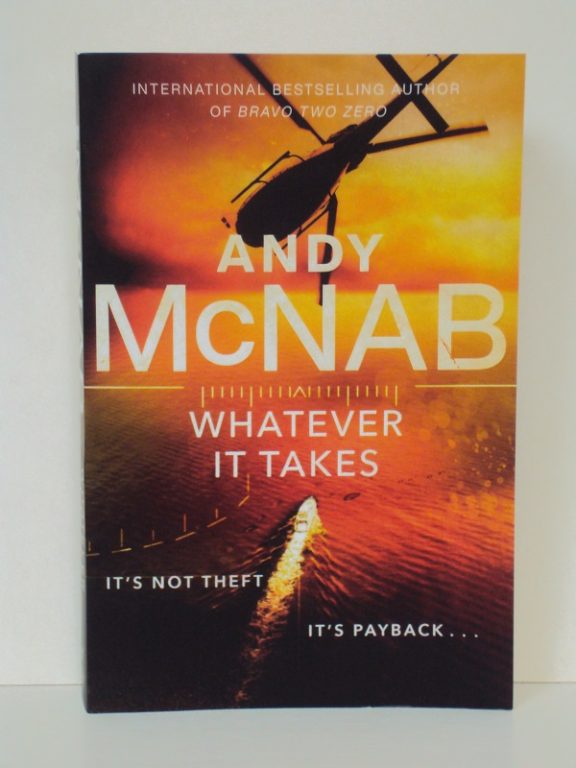 For James Mercer, the financial ruin of his family by the institutions they trusted can never be undone.  It shattered everyone, leaving him with a burning need to right the wrongs they suffered.  He will stop at nothing to recoup what they are owed.  It’s not theft, it’s payback.

That is, until his solo crusade falls foul of the very people he seeks to rob – the one-percenters, the people who own the bulk of the world’s wealth.  Soon he is putting together a crew to carry out one last robbery, to undertake one last job.  Success will restore his family’s fortunes, but failure will destroy them for ever.

Packed with relentless action and the sort of riveting authenticity only Andy McNab can deliver, Whatever it Takes tells the story of one man’s extraordinary pursuit of justice against devastating odds.  A story as hard and real and controversial as any of today’s headlines, it will show the world as it really it… 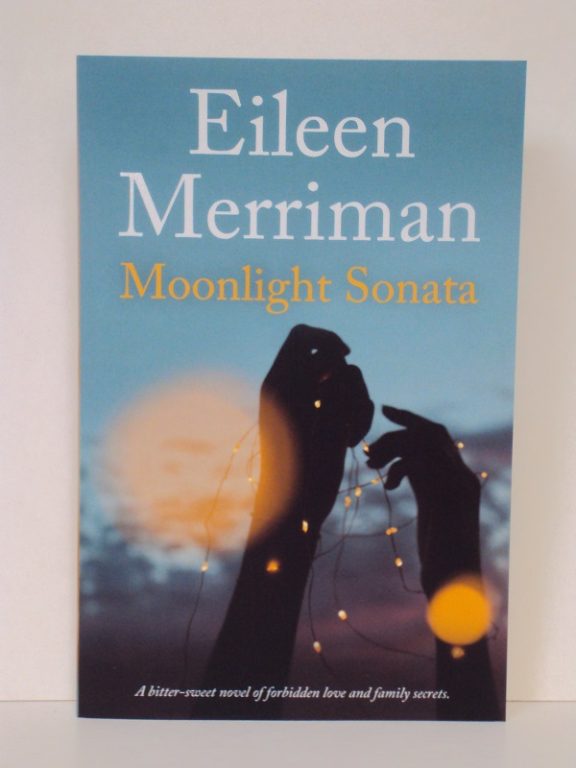 ‘Some secrets should be told.’

It’s the annual New Year family get-together.  Molly is dreading having to spend time with her mother, but she is pleased her son will see his cousins and is looking forward to catching up with her brothers … Joe in particular.

Under the summer sunk family tensions intensify, relationships become heightened and Molly and Joe will not be the only ones with secrets that must be kept hidden.

‘No one must ever know.’ 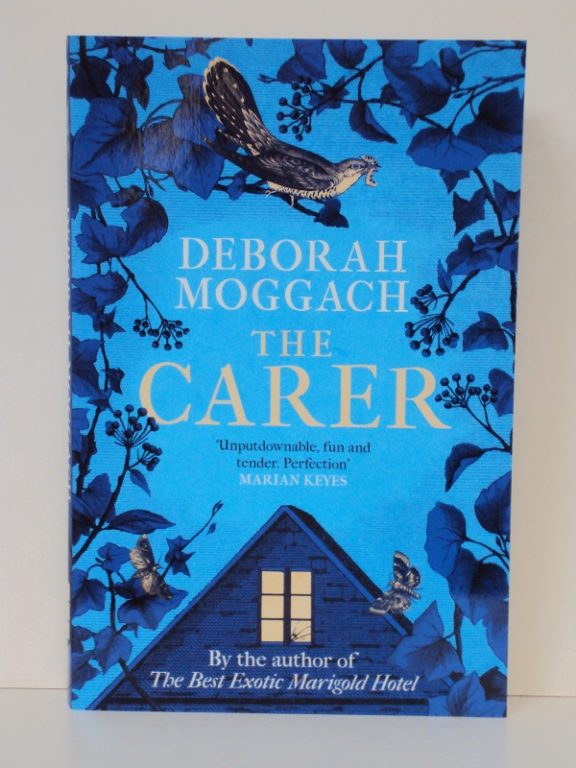 Mandy is such a godsend.  Or is she?

James, a once eminent professor, needs full-time help.  So Phoebe and Robert, his distracted middle-aged offspring, employ Mandy, a veritable treasure who seems happy to relieve them of their responsibilities.  But as James starts regaling them with tales of Mandy’s skills, and her eerie anticipation of his needs, they sense something is awry.  The distant figure who never turned up for sports day has become a different man, and they’re not sure they like what they see.

Then something happens which makes Phoebe and Robert realise that life most definitely does not stop at three score years and ten, a shock to the system which undoes almost everything they took for granted about their family history. 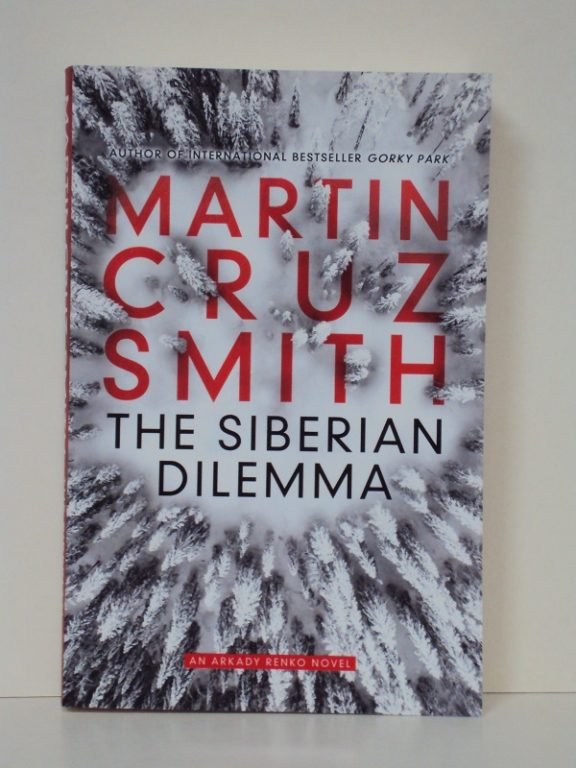 Tatiana Petrovna has disappeared.  Arkady Renko, iconic Moscow investigator and Tatiana’s on-off lover, hasn’t seen her since she left on a case over a month ago.  No one else thinks Renko should be worried – Tatiana is known to disappear during deep assignments – but he knows her enemies all too well and the criminal lengths they will go to to keep her quiet.  Given the opportunity to interrogate a suspected assassin in Irkutsk, Renko embarks on a dangerous journey to Siberia to find Tatiana and bring her back.

Renko finds Siberia to be a land of shamans and brutally cold nights, oligarchs wealthy on northern oil and sea monsters that are said to prowl the deepest lake in the world.  With these forces at work against him, Renko will need all his wits about him to get Tatiana out alive. 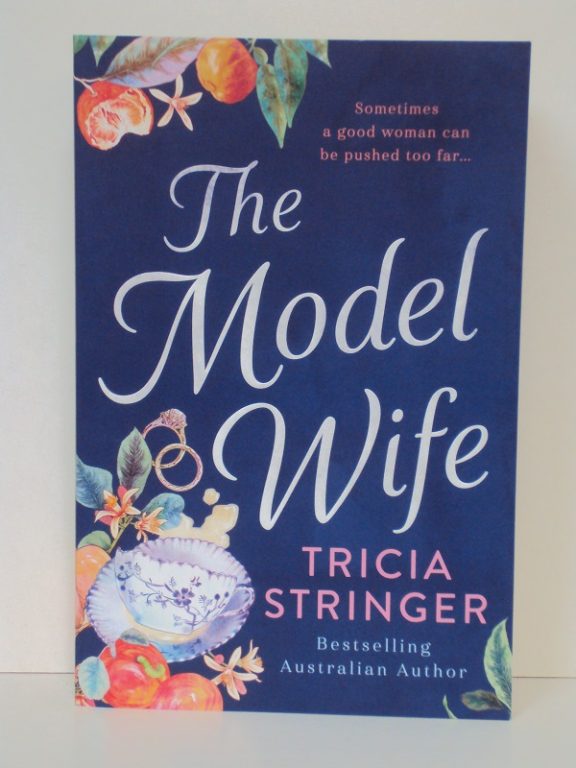 When did having it all become doing it all?

Natalie King’s life is full.  Some might say too full.  With her teaching job, a farm to run, three grown daughters who have not quite got a handle on things, a reserved husband and a demanding mother-in-law, most days she is too busy to think about whether she is happy.  But her life has meaning, doesn’t it?  After all, she is the one person everyone depends upon.

But when an odd gift from her mother-in-law – an old book in the form of stern and outdated advice for young wives – surfaces again, it brings with it memories she thought she had buried deep.  Has this insidious little book exerted some kind of hold over her?  Could it be that in her attempts to be a loving wife and mother, she no longer knows who she is?

On a day when it seems everyone is taking her for granted, and as the ghost of a past betrayal rises, it becomes clear that even this good mother and model wife can be pushed too far … 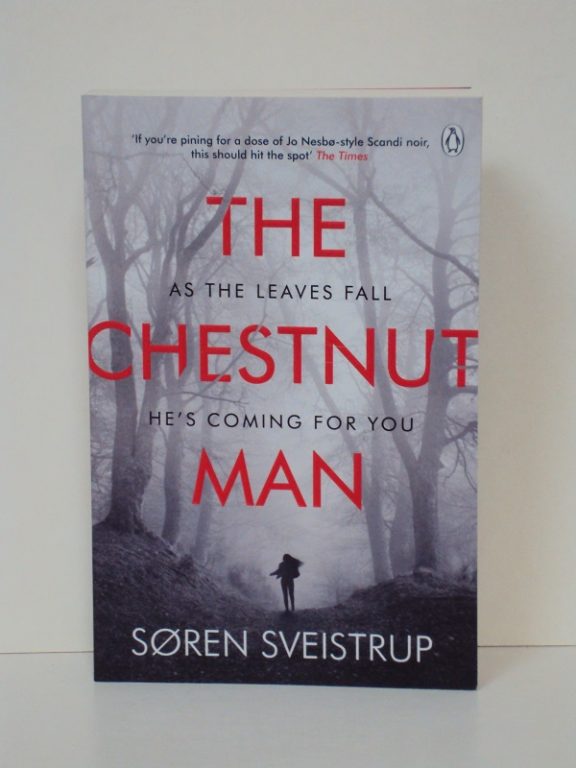 As the leaves fall in Copenhagen

One October morning in a quite suburb, the police make a terrible discovery.

A psychopath is terrorising the city

A young woman is found brutally murdered with one of her hands missing.

He leaves a chilling calling card

Above her hangs a small doll made of chestnuts.

But it’s not the only thing

Examining the doll, Forensics are shocked to find a fingerprint belonging to a young girl, kidnapped and murdered a year ago.

Can a new killer be the key to an old crime?

A pair of detectives must put aside their differences to piece together the Chestnut Man’s gruesome clues.

And will his spree be over when winter arrives – or is he only just getting started? 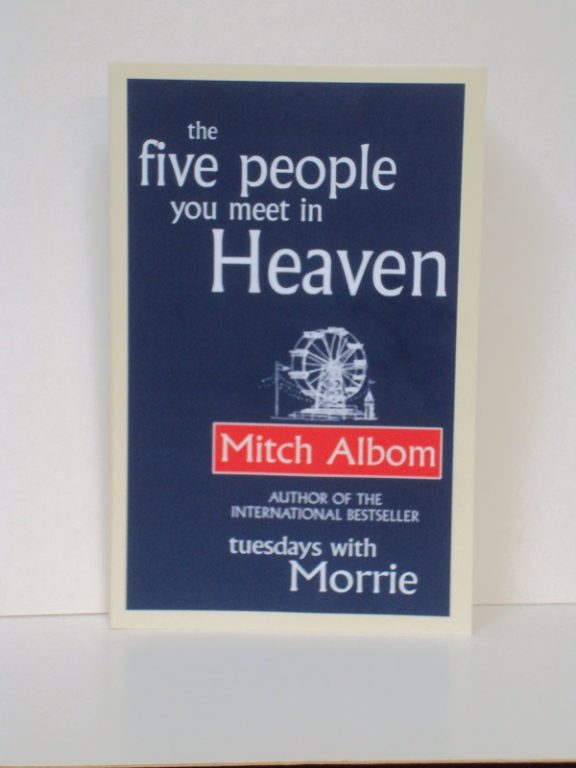 The Five People you meet in Heaven (November 2019)

‘All endings are also beginning.  We just don’t know it at the time…’

On his eighty-third birthday, Eddie, a lonely war veteran, dies in a tragic accident trying to save a little girl from a falling cart.  With his final breath, he feels two small hands in his – and then nothing.  He awakens in the afterlife, where he learns that heaven is not a lush Garden of Eden but a place where your earthly life is explained to you by five people who were in it.  These people may have been loved ones or distant strangers.  Yet each of them changed your path forever. 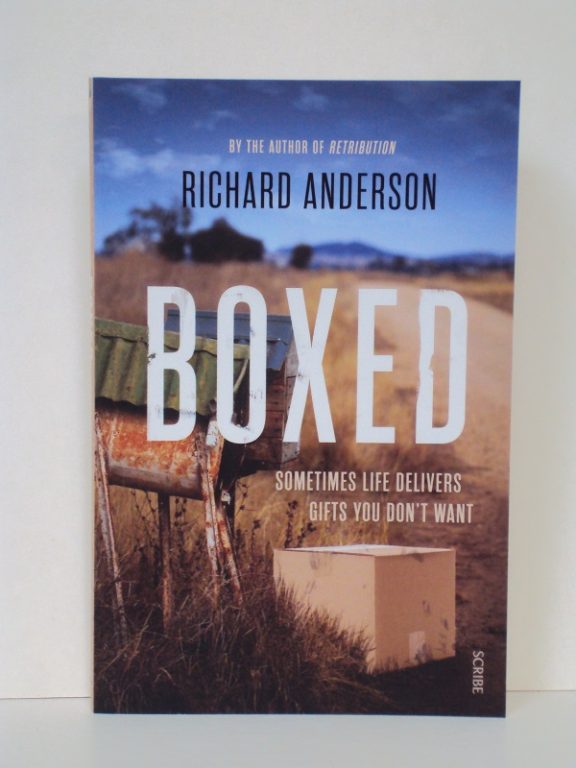 I jump back, curse in rapid fire, and then lean forward and shove the box hard, off the bench, and away from me, it thuds on the floor.  Is this a nasty trick?

Dave Martin is down on his luck: his wife has left him; his farm is a failure; his house is a mess; he has withdrawn from his community and friends; and tragedy has stolen his capacity to care.  He passes the time drinking too much and buying cheap tools online, treating the delivered parcels as gifts from people who care about him.

And then boxes begin to arrive in the mail: boxes that he didn’t order, but ones that everyone around him seems to want desperately.  As he tries to find out the secret of the boxes, Dave is drawn into a crazy world of red herrings and wrong turns, good guys and bad, false friends and true, violence, lust, fear, revenge, and a lot, lot more.  It’s not a world he understands, but is it the only one Dave can live in?