The Mandibles have been counting on a sizeable fortune filtering down when their 97-year-old patriarch dies.  Yet America’s soaring national debt has grown so enormous that it can never be repaid.  Under siege from an upstart international currency, the dollar is in meltdown.  A bloodless world war will wipe out the savings of millions of American families.

Their inheritance turned to ash, each family member must contend with disappointment, but also – as the effects of the downturn start to hit – the challenge of sheer survival.

Recently affluent Avery is petulant that she can’t buy olive oil, while her sister Florence is forced to absorb strays into her increasingly cramped household.  As their father Carter fumes at having to care for his demented stepmother now that a nursing home is too expensive, his sister Nollie, an expat author, returns from abroad at 73 to a country that’s unrecognizable.

Perhaps only Florence’s oddball teenage son Willing, an economics autodidact, can save this formerly august American family from the streets.

This is not science fiction.  This is a frightening, fascinating, scabrously funny glimpse into the decline that may await the United States all too soon, from the pen of perhaps the most consistently perceptive and topical author of our times. 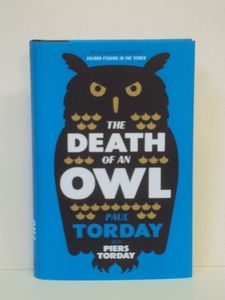 The Death of an Owl – Athenaeum Book Club

By Paul Torday with Piers Torday

Andrew Landford is driving home one night along a dark country lane, when a barn owl flies into his windscreen.  It is an accident, nothing more.  However, Andrew is in line to be the country’s next prime minister.  And he has recently been appointed to a parliametary committee concerned with the Wildlife and Countryside Act.  Barn owls are a protected species, and it is a crime to kill one.  If Andrew acknowledges that he has killed the owl, he could be risking his political career.

With Andrew in the car is his old Oxford friend and political adviser, Charles Fryerne.  An expert in communications, Charles has just joined the team that is masterminding Andrew’s route to the Tory Party leadership, and from there to No. 10 Downing Street.  He has spent many years quietly building up a very successful career as a strategist.

But the death of the owl threatens to destroy not onlly Andrew’s career, but everything that Charles has worked for too.  Should they come clean, or hide the story and hope it goes away? 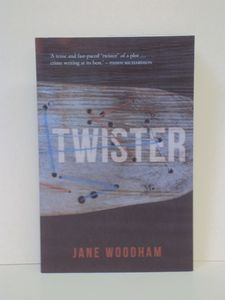 Dunedin, in thegrip of an unseasonal flu, is a city under siege.  Then after five damaging days of rain, a twister rips through, exposing the body of a missing schoolgirl in Ross Creek.

Detective Senior Sergeant Leo Judd is the only one who can lead the investigation, depite unresolved sorrow over the disappearance of his own daughter nine years earleir.

Sultry weather broods over the beleaguered city as suspects are sifted and pressure mounts for Judd to solve the crime.  Meanwhile his wife, Kate, tries to find the courage she needs to tell him the secrets she’s been nursing for too long – including one about the disappearance of their belived Beth.