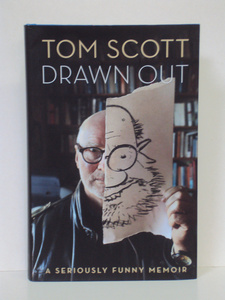 Riotous, ripping yarns from a polymath who can’t add or subtract but who has won awards for cartooning, print journalism, documentary film-making and writing dramas.

Drawn Out is a hilarious, heartbreaking, heart-warming account of Tom Scott’s tragicomic childhood, his manic student-newspaper days, his turbulent years stumbling through the corridors of power, his fallings out with prime ministers, his collaborations with comic legends John Clarke, A.K. Grant and Murray Ball, his travels to the ends of the earth with his close friend Ed Hillary, and more…