When Cesare Aldo investigates a report of intruders at a convent in the Renaissance city’s northern quarter, he enters a community divided by bitter rivalries and harbouring dark secrets.

His case becomes far more complicated when a man’s body is found inside the convent, stabbed more than two dozen times.  Unthinkable as it seems, all the evidence suggests one of the nuns must be the killer.

Meanwhile, Constable Carlo Strocchi finds human remains, pulled from the Arno river, that belong to an officer of the law missing since winter.  The dead man had many enemies, but who would dare kill an official of the city’s most feared criminal court?

As Aldo and Strocchi close in on the truth, identifying the killers will prove more treacherous than either of them could ever have imagined… 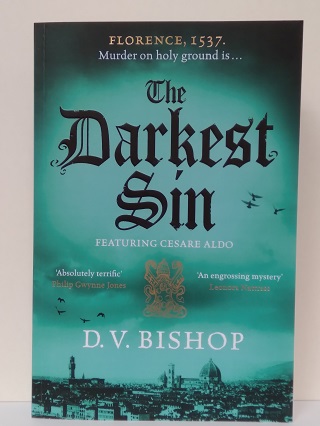