Teacher wanted on the edge of the world …

Una knows she is struggling to deal with her father’s sudden tragic suicide.  She spends her nights drinking alone in Reykjavik, stricken with thoughts that she might one day follow in his footsteps.

So when she sees an advert seeking a teacher for two girls in the tiny village of Skalar – population of ten – on the storm-battered north coast of the island, she sees it as a chance to escape.

But once she arrives, Una quickly realizes nothing in city life has prepared her for this.  The villagers are unfriendly.  The weather is bleak.  And, from the creaky attic bedroom of the old house where she’s living, she’s convinced she hears the ghostly sound of singing.

And then, just before midwinter, a young girl from the village is found dead.  Now there are only nine villagers left – and Una realizes that one of them has blood on their hands… 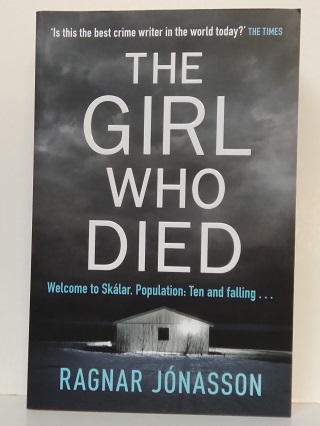