When defence attorney Mickey Haller is pulled over by police, the body of a client is discovered in the trunk of his Lincoln.  Haller is charged with murder and can’t make the exorbitant $5 million bail slapped on him by a vindictive judge.

Haller knows he’s been framed and elects to defend himself.  But it isn’t easy to build a defence from a cell in the Twin Towers Jail in downtown Los Angeles – as an officer of the court he is an instant target.

With the help of a handpicked team, including his half-brother Harry Bosch, Micky races time to figure out who has plotted to destroy his life and why.  And then he must go before a judge and jury to prove his innocence. 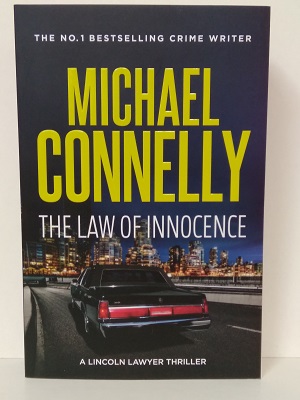