The dead of winter.  A blizzard sweeps across Iceland.

Eria and Einar sit alone in a remote farmhouse, waiting for the storm to hit.  Darkness has fallen when there’s an unexpected knock on the door.

A stranger is waiting, desperate for shelter.  They take him in – and that’s where their problems begin.

Because this man is not who he says he is.  His story doesn’t add up.  And, when the power cuts out, and the couple retreat to bed, they can hear the sound of footsteps creaking outside their door…

Two months later, Detective Hulda Hermannsdottir – returning to work after a family tragedy – gets a call.  There’s been an incident at an isolated farmhouse.  They say there’s more than one body… 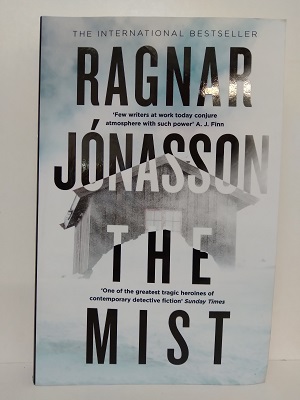