Ever feel like you’re losing a race you never signed up for?

Everyone in Amy’s life seems to be getting married, having children and settling down (or so Instagram tells her), and she feels like she’s falling behind.

So, when her boyfriend surprises her with a dream holiday, she thinks he’s going to finally pop the Big Question.  But the dream turns into a nightmare when, instead, she finds herself on the set of a Big-Brother – style reality television show, The Shelf.

Along with five other women, Amy is brutally dumped live on TV and must compete in a series of humiliating and obnoxious tasks in the hope of being crowned ‘The Keeper’.

While inside the house, will Amy learn that there are worse things than being ‘left on the shelf’? 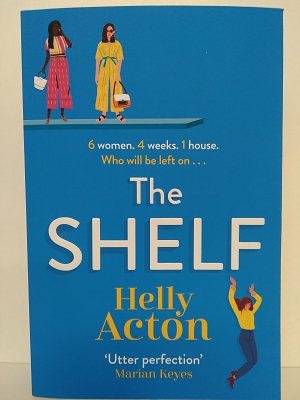