An arson attack on a Glasgow warehouse causes the deaths of a young mother and child.  Police suspect it’s the latest act in a brutal gang warfare that’s tearing the city apart – one that DI Duncan McCormack has been tasked with stopping.

Five years ago he was walking on water as the cop who tracked down a notorious serial killer.  But he made powerful enemies and when a mutilated body is found in a Tradeston slum, McCormack is assigned a case that no one wants.  The dead man is wearing a masonic ring, though, and Duncan realizes the victim is not the down-and-out his boss had first assumed.

As McCormack looks into both crimes, the investigations are disrupted by a shocking event.  A bomb rips though a pub packed with people – and a cop is killed in the blast.  With one of his own unit now dead, McCormack is in the firing line. 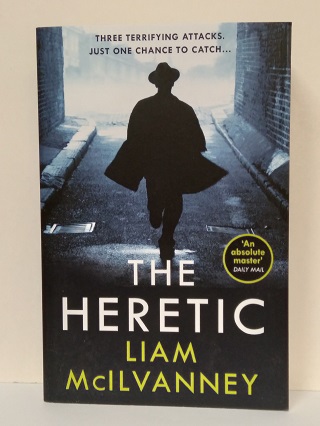