Moving from County Cork to London, from Waterloo to Zanzibar, Cashel seeks his fortune across continents in war and in peace.  He faces a terrible moral choice in a village in Sri Lanka as part of the East Indian Army.  He enters the world of the Romantic Poets in Pisa.  In Ravenna he meets a woman who will live in his heart for the rest of his days.  As he travels the world as a soldier, a farmer, a felon, a writer, a father, a lover, he experiences all the vicissitudes of life and through the accelerating turbulence of the nineteenth century, he discovers who he truly is.  This is the romance of life itself, and the beating heart of The Romantic.

One witness sees a woman throw herself in front of a bus – clearly suicide.

The other witness is Jack Reacher.

And he sees what really happened – a man in grey hoodie and jeans, swift and silent as a shadow, pushing the victim to her death, before grabbing her bag and walking away.

Reacher follows the killer, not knowing that this was no random act of violence.  It is part of something much bigger … a sinister, secret conspiracy, with powerful people on the take, enmeshed in an elaborate plot that leaves no room for error.

If any step is compromised, the threat will have to be quickly and permanently removed.

But when the threat is Reacher, there is no Plan B …

Out of the blue, Susie Jukes is contacted on social media by Anna, the child she gave up for adoption fifteen years ago.

When they meet, Anna’s home life sounds distinctly strange to Susie, and her husband Gabe.  And when Anna’s adoptive parents seem to overreact to the fact she contacted them at all, Susie becomes convinced that Anna needs her help.

But is Anna’s own behaviour simply what you’d expect from someone recovering from a traumatic childhood?  Or are there other secrets at play here – secrets Susie has also been hiding for the last fifteen years? 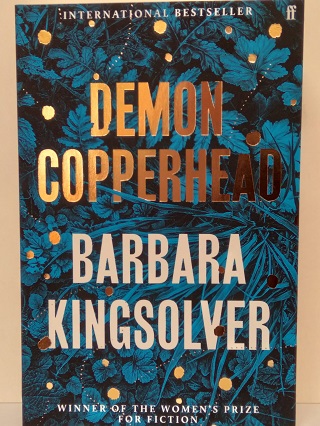 Demon’s story begins with his traumatic birth to a single mother in a single-wide trailer, looking ‘like a little blue prizefighter’.  For the life ahead of him he will need all of that fighting spirit, along with buckets of charm, a quick wit and some unexpected talents, legal and otherwise.

In the southern Appalachian Mountains of Virginia, poverty isn’t an idea, it’s natural as the grass grows.  For a generation growing up in this world, at the heart of the modern opioid crisis, addiction isn’t an abstraction, it’s neighbours, parents and friends.  ‘Family’ could mean love – or reluctant foster care.  For Demon, born on the wrong side of luck, the affection and safety he craves is as remote as the ocean he dreams of seeing one day.  The wonder is in how far he’s willing to travel to try and get there.

Suffused with truth, anger and compassion, Demon Copperhead is an epic tale of love, loss and everything in between.

1989.  The world is changing, and Allie Burns is still on the front line, covering the stories that count.

Although Allie is no longer an investigative journalist, her instincts are sharper than ever.  When she discovers a lead about the exploitation of society’s most vulnerable, Allie is determined to give a voice to those who have been silenced.

As Allie edges closer to exposing the truth, she travels behind the Iron Curtain, to East Berlin on the brink of revolution.  The dark heart of the story is more shocking than she ever imagined.  And to tell it, Allie must risk her freedom and her life …

When the world is still counting the cost of the Second World War and the Iron Curtain has descended, young Roland Baines’s life is turned upside down, 2,000 miles from his mother’s protective love, stranded at an unusual boarding school, his vulnerability attracts his piano teacher, Miriam Cornell, leaving scars as well as a memory of love that will never fade.

Twenty-five years later Roland’s wife mysteriously vanishes, leaving him alone with their baby son.  He is forced to confront the reality of his rootless existence.  As the radiation from the Chernobyl disaster spreads across Europe he begins a search for answers that looks deep into his family history and will last for the rest of his life.

From the Suez and Cuban Missile crisis and the fall of the Berlin Wall to the Covid pandemic and climate change, Roland sometimes rides with the tide of history but more often struggles against it.  Haunted by lost opportunities, he seeks solace through every possible means – literature, travel, friendship, drugs, sex and politics.  A profound love is cut tragically short.  Then, in his final years, he finds love again in another form.  His journey raises important questions.  Can we take full charge of the course of our lives without damage to others?  How do global events beyond our control shape our lives and our memories?  And what can we learn from the traumas of the past?

The real Colditz – for the first time

In a forbidding gothic castle on a hilltop deep in Nazi German, un unlikely band of British officers spent the Second World War plotting daring escapes from their German captors – or so the myth of Colditz has been told, unchallenged for seventy years.  But that tale contains only part of the truth.

The astonishing inside story, revealed here for the first time by bestselling historian Ben Macintyre, is a trilling tale of the indomitable human spirit, but also one of class conflict and sexual liaisons, bullying and espionage, insanity and farce.  From eminent officers – some of the greatest escapers of all – to their long-suffering orderlies, the prisoners of Colditz Castle created an eccentric world within a hilltop cage, a world apart that was divided over politics, sexuality and race, with a distinct language, theatrical shows and even its own Olympics.

With access to an unprecedented range of material.  Macintyre paints a vivid new picture of the prisoners and their jailers, who lived side by side for years in an epic game of cat and mouse.  He reveals a remarkable cast of characters, from the unknown Indian doctor who went on hunger strike to the members of the Colditz Bullingdon Club, and from the Anglophile German officer who recreated escape attempts to the Polish housewife, in fact an agent of British intelligence, whose network smuggled dozens of prisoners to safety.

Deeply researched and full of incredible stories of heroes who were also human, this is classic Ben Macintyre – and the definitive book on Colditz.

In 2016, days before they were unjustly evicted from their home, Raynor Winn was told her husband Moth was dying.  Instead of giving up they embarked on a life-changing journey: walking the 630-mile South West Coast Path, living by their wits, determination and love of nature.  But all journeys must end and when the couple return to civilization they find that four walls feel like a prison, cutting them off from the sea and sky that sustained them – that had saved Moth’s life.  So when the chance to rewild an old Cornish farm comes their way, they grasp it, hoping they’ll not only reconnect with the natural world but also find themselves again on its healing path… 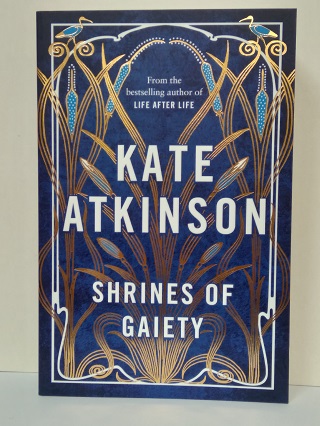 1926, and in a country still recovering from the Great War, London has become the focus for a delirious new nightlife.  In the clubs of Soho, peers of the realm rub shoulders with starlets, foreign dignitaries with gangsters, and girls sell dances for a shilling a time.

The notorious queen of this glittering world is Nellie Coker, ruthless but also ambitious to advance her six children, including the enigmatic eldest, Niven, whose character has been forged in the crucible of the Somme.  But success breeds enemies, and Nellie’s empire faces threats from without and within.  For beneath the dazzle of Soho’s gaiety, there is a dark underbelly, a world in which it is all too easy to become lost.

With her unique Dickensian flair, Kate Atkinson brings together a glittering cast of characters in a truly mesmeric novel that captures the uncertainty and mutability of life, in a world in which nothing is quite as it seems. 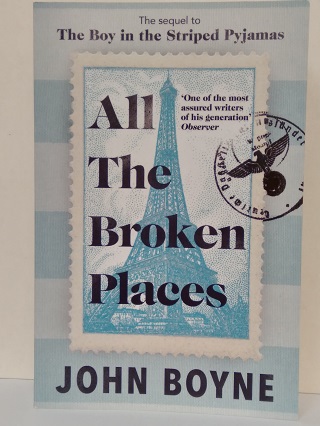 Then, a young family moves into the apartment below her.  In spite of herself, Gretel can’t help but begin a friendship with their son, Henry, though his presence brings back memories she would rather forget.  One night, she witnesses a violent argument between Henry’s mother and his domineering father, one that threatens Gretal’s hard-won, self-contained existence.

Gretal is faced with a change to expiate her guilt, grief and remorse and act to save a young boy – for the second time in her life.  But to do so, she will be forced to reveal her true identity to the world.  Will she make a different choice this time, whatever the to cost to herself?