On a stifling afternoon at Police HQ in Algiers, Superintendent Taleb, coasting towards retirement, with not even an air-conditioned office to show for his long years of service, is handed a ticking time bomb of a case which will take him deep into Algeria’s troubled past and its fraught relationship with France.

To his dismay, he is assigned to work with Agent Hidouchi, an intimidating representative of the country’s feared secret service, who makes it clear she intends to call the shots.  They are instructed to pursue a former agent, now on the run after twenty years in prison for his part in a high-level corruption scandal.  But their search will lead them inexorably towards a greater mystery, surrounding a murder that took place in Paris more than fifty years ago.

Uncovering the truth may be his responsibility, but Taleb is well aware that no one in Algeria wants to be reminded of the dark deeds carried out in the struggle for independence – or in the violence that has racked the nation since.

Soon, he will face a choice he has long sought to avoid, between self-preservation and doing the right-thing.

And, ultimately, the choice may not even be his to make. 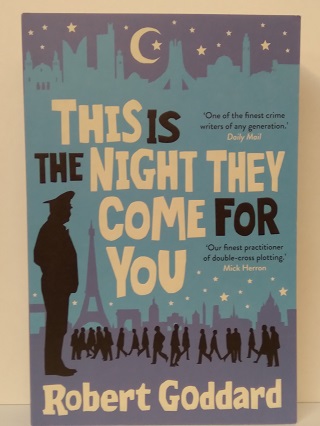