The Athenaeum Library was the venue for Chain Reaction a book launch for five Otago authors.  New works by Vincent O’Sullivan, Owen Marshall, Paddy Richardson, Breton Dukes and Kay McKenzie Cooke were featured as well as short speech from David Eggleton in his role as editor of Landfall.  The event was hosted by the University Book Shop Otago.

There was a good turnout with the library bays filling with the sounds of talk and laughter.  The writers read their works from the balcony to an appreciative audience.  Vincent O’Sullivan was interrupted by a ringing cell phone but fortunately it was his own!  Owen Marshall decided to tell a joke instead and was rewarded with the evenings biggest laugh.

Afterwards the UBS did a brisk trade – even managing to sell a few copies of Jim Sullivan”s history of the Athenaeum Reading Matters! 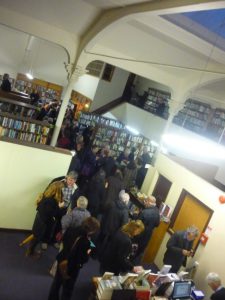 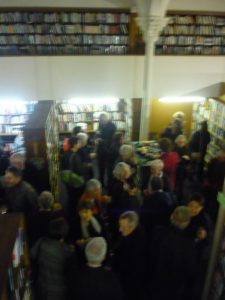 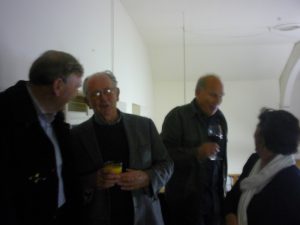 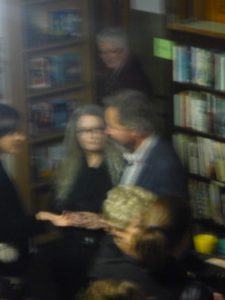 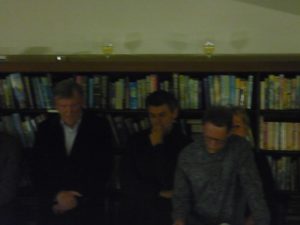