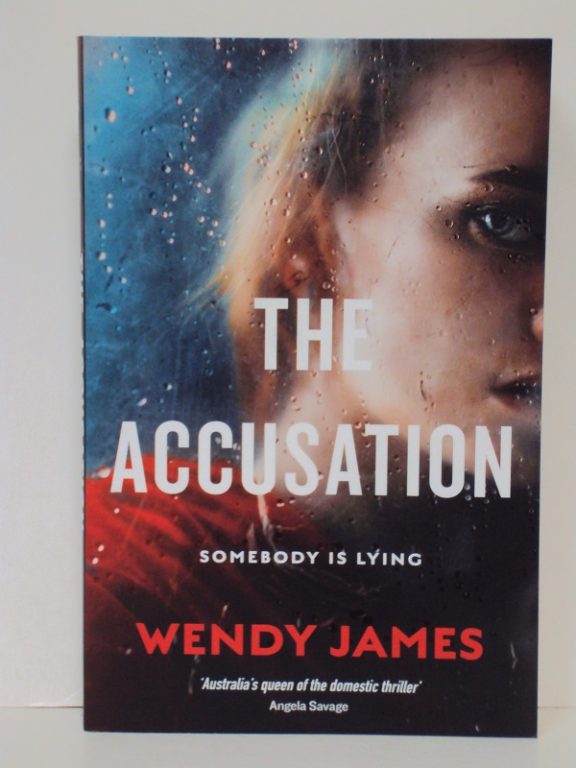 A Bizarre Abduction.  A Body of Damning Evidence.  A World of Betrayal.

After eighteen-year-old Ellie Canning is found shivering and barely conscious on a country road, her bizarre story of kidnap and escape enthralls the nation.  Who would do such a thing?  And why?

Local drama teacher Suzannah Wells, once a minor celebrity, is new to town.  Suddenly she’s in the spotlight again, accused of being the monster who drugged and bound a teenager in her basement.  As stories about Suzannah’s past emerge, even those closest to her begin to doubt her innocence.

And Ellie?  The media can’t get enough of her.  She’s a girl-power icon, a social-media star.  But is she telling the truth?

A powerful exploration of the fragility of trust and the loss of innocence. 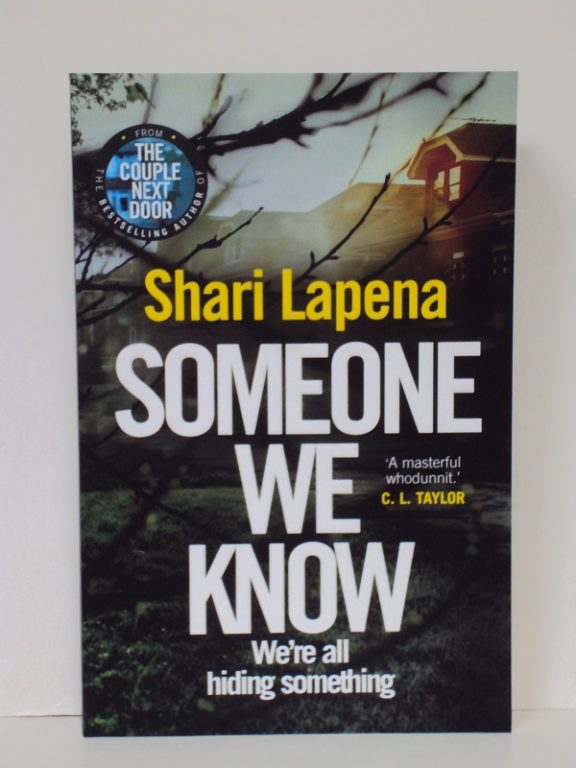 It can be hard keeping secrets in a tight-knit neighbourhood.

In a tranquil, leafy suburb of ordinary streets – one where everyone is polite and friendly – an anonymous note has been left at some of the houses.

‘I’m so sorry.  My son has been getting into people’s houses.  He’s broken into yours.’

Who is this boy, and what might he have uncovered?  As whispers start to circulate, suspicion mounts.

And when a missing local woman is found murdered, the tension reaches breaking point.  Who killed her?  Who knows more than they’re telling?  And how far will all these very nice people go to protect their secrets? 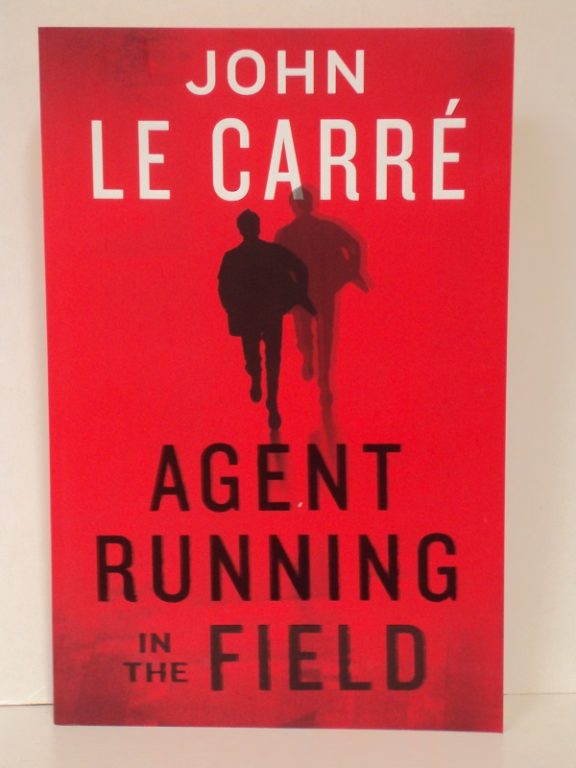 Agent Running in the Field (October 2019)

Nat, a forty-seven-year-old veteran of Britain’s Secret Intelligence Service, believes his years as an agent-runner are over.  He is back in London with his wife, the long-suffering Prue.  But with the growing threat from Moscow Centre, the office has one more job for him.  Nat is to take over The Haven, a defunct substation of London General with a ragtag band of spies.  The only bright light on the team is young Florence, who has her eye on Russian department and a Ukrainian oligarch with a finger in the Russia pie.

Nat is not only a spy, he is a passionate badminton player.  His regular Monday evening opponent is half his age: the introspective and solitary Ed.  Ed hates Brexit, hates Trump and hates his job at some soulless media agency.  And it is Ed, of all unlikely people, who will take Prue, Florence and Nat himself down the path of political anger that will ensnare them all.  Agent Running in the Field is a chilling portrait of our time, now heartbreaking, now darkly humorous, told to us with unflagging tension by the greatest chronicler of our age. 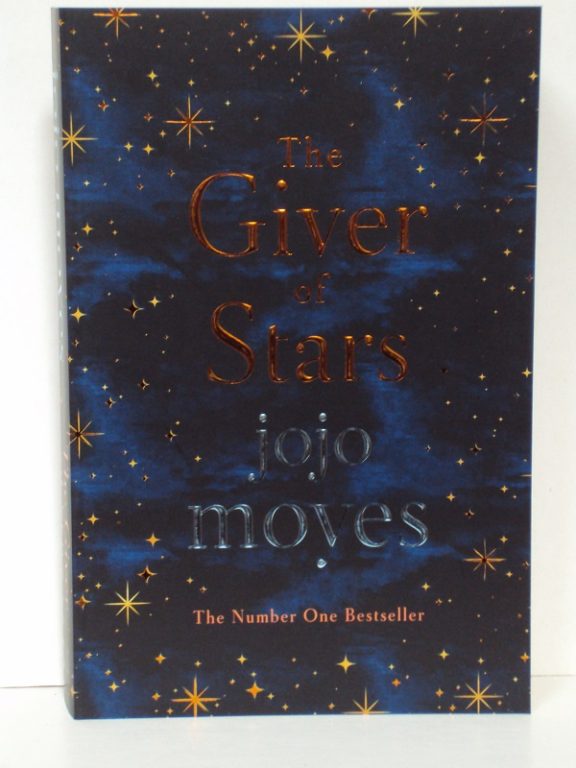 ‘Alice had come halfway across the world to find that, yet again, she was considered wanting.  Well, she thought, if that was what everyone thought, she might was well live up to it.’

But stuffy, disapproving Baileyville, Kentucky, where her husband favours work over his wife and is dominated by his overbearing father, is not the adventure – or the escape – that she hoped for.

That is, until she meets Margery O’Hare, a troublesome woman – and daughter of a notorious felon – the town wishes to forget.

Margery’s on a mission to spread the wonder of books and reading to the poor and lost – and she needs Alice’s help.

Trekking alone under big open skies, through wild mountain forests, Alice, Margery and their fellow sisters of the trail discover freedom, friendship, and a life to call their own.

But when Baileyville turns against them, will their belief in one another – and the power of the written word – be enough to save them? 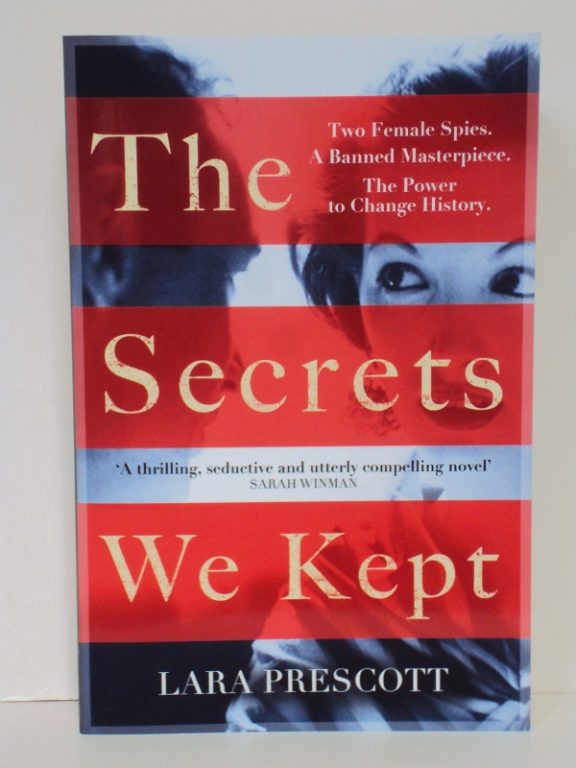 1949: the celebrated Russian author Boris Pasternak is writing the novel that will become Doctor Zhivago.

The Soviets, afraid of its subversive power, ban it.  But in the rest of the world it is fast becoming a sensation.

In Washington DC, the CIA is planning to use the book to tip the Cold War in its favour.

Their agents are not the usual spies, however.  Two typists are charged with the mission of a lifetime: to smuggle Doctor Zhivago back into Russia by any means necessary.

It will not be easy.  There are people prepared to die for this book, and agents will to kill for it.

Passions, power, secrets and a banned masterpiece with the power to change history lie at the heart of this irresistible novel. 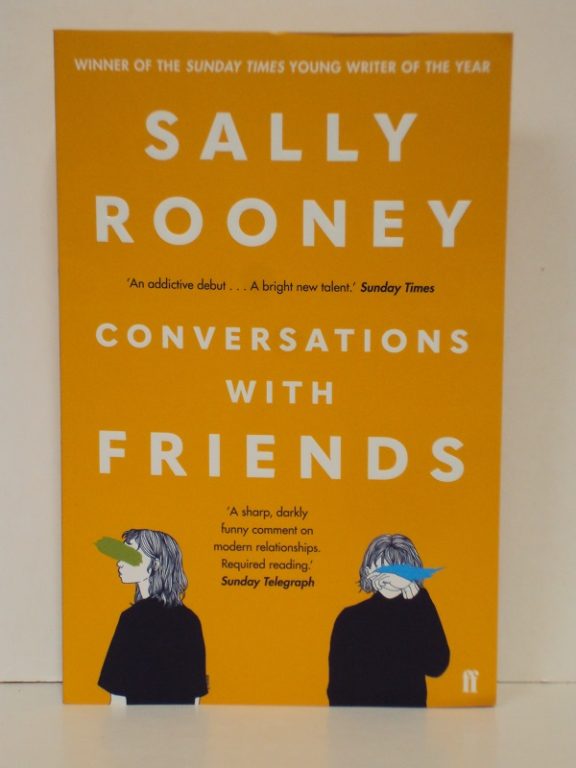 Frances is twenty-one years old, cool-headed and observant.  A student in Dublin and an aspiring writer, at night she performs spoken word with her best friend Bobbi, who used to be her girlfriend.  When they are interviewed and then befriended by Melissa, a well-known journalist who is married to Nick, an actor, they enter a world of beautiful houses, raucous dinner parties and holidays in Brittany, beginning a complex menage a quatre.  But when Frances and Nick get unexpectedly closer, the sharply witty and emotion-averse Frances is forced to honestly confront her own vulnerabilities for the first time. 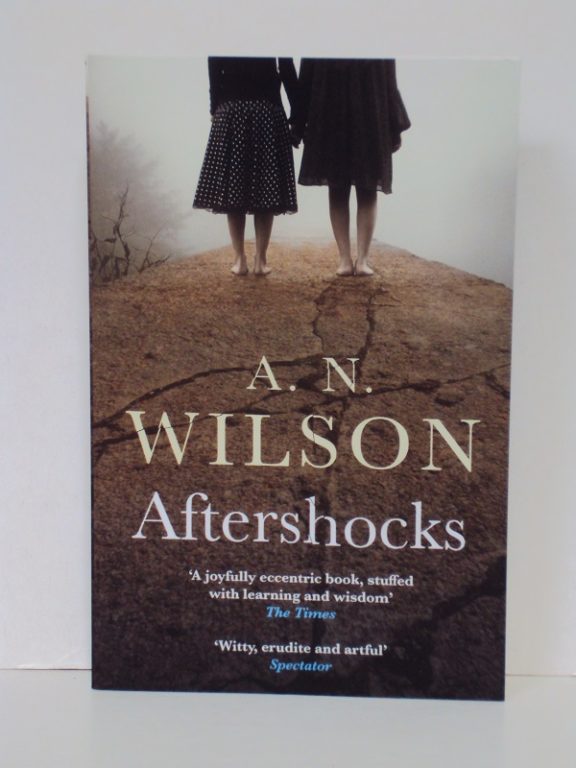 On The Island, just as on many other islands, marriages are unhappy, people fall in love and the seasons pass.  The town of Aberdeen is no different, until the earthquakes.  These seismic ripples tear down houses, forge bonds, and shake the foundations of humanity and religion.  And in the midst of it all, Nellie and Ingrid fall in love.

In Aftershocks A. N. Wilson offers a portrait of nature, death and morality.  Moved by the real losses of the Christchurch earthquake, this is an extraordinary novel about a community profoundly linked to the land it lives on. 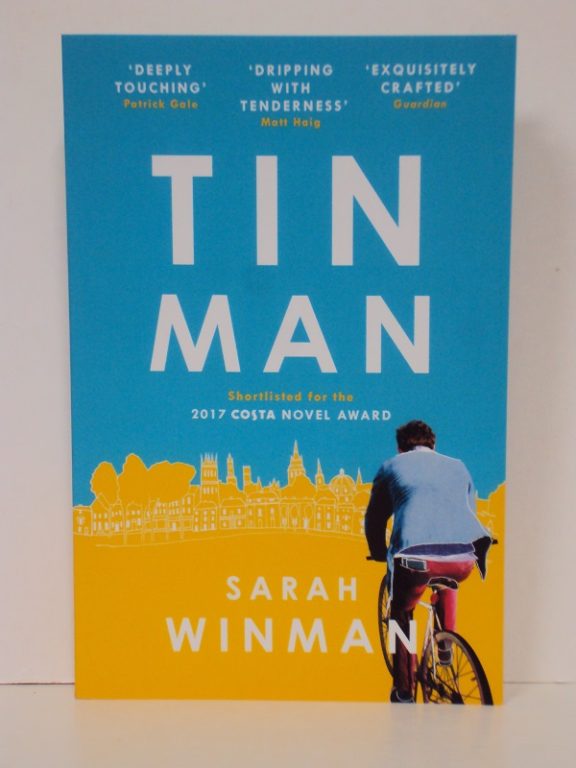 It begins with two boys, Ellis and Michael, who are inseparable.  And the boys become men, and then Annie walks into their lives, and it changes nothing and everything. 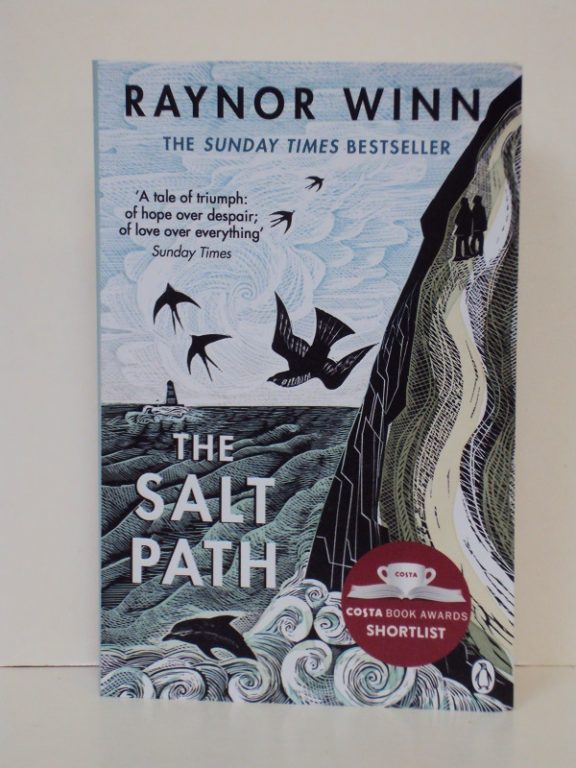 Just days after Raynor Winn learned that Moth, her husband of thirty-two years, was terminally ill, they lost their home and livelihood.  With nothing left and little time, they impulsively decided to walk the 630-mile South West Coast Path, from Somerset to Dorset, via Devon and Cornwell.  Living wild and free, at the mercy of sea and sky, they discovered a new, liberating existence – but what would they find at the journey’s end? 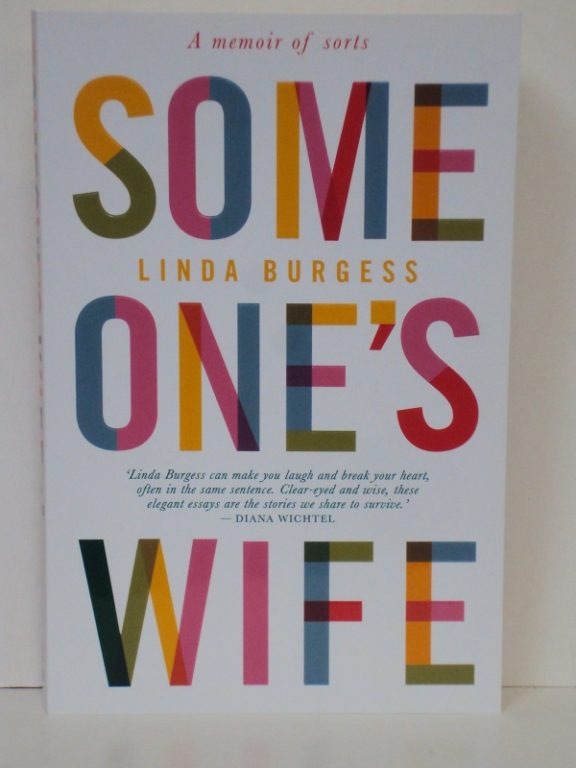 A brilliant collection of personal essays from a quietly subversive writer.

These pieces read like the freshest of recent novels-clever, restrained and wittily observant.  They range across the personal and the observational.  There are essays on Linda’s lifetime of being an All Black wife (once an AB, always an AB); her love of teaching, education and the young; and a powerful essay on the death of her baby, Toby, striking in its honesty.

She’s interested in family and friendship; shared and sometimes distorted memories.  Her personal truths link to universal truths.  Linda explores the era in which she grew up, and her experiences are timeless.  She looks at living abroad, at children leaving home, at house-hunting in Wellington, at travelling with a grandchild, at Leonard Cohen concerts as tribal gatherings.